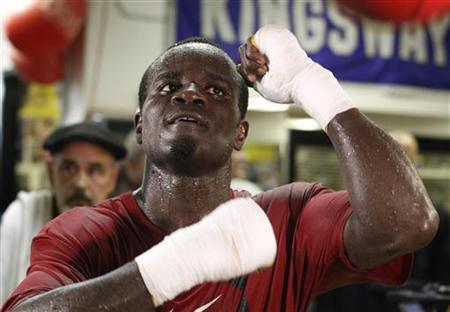 The Boxer assaulted the young footballer, Sylvester Ayitey-Adjin at the Bukom park last week and went into hiding following reports of a police search.

The 41-year old boxer is reportedly in the custody of police after reports went viral over his search due to heavy beating he gave Sylvester Ayittey.

Clottey is expected to give his statement of account on the happenings of the day, before he might be subsequently granted bail.

According to further information gathered, the family of Sylvester Ayitey are ready to send the issue to court for the case to be settled.

Joshua has an impeccable record in Boxing, winning 35 out of 40 bouts with 23 of them by way of knockouts.