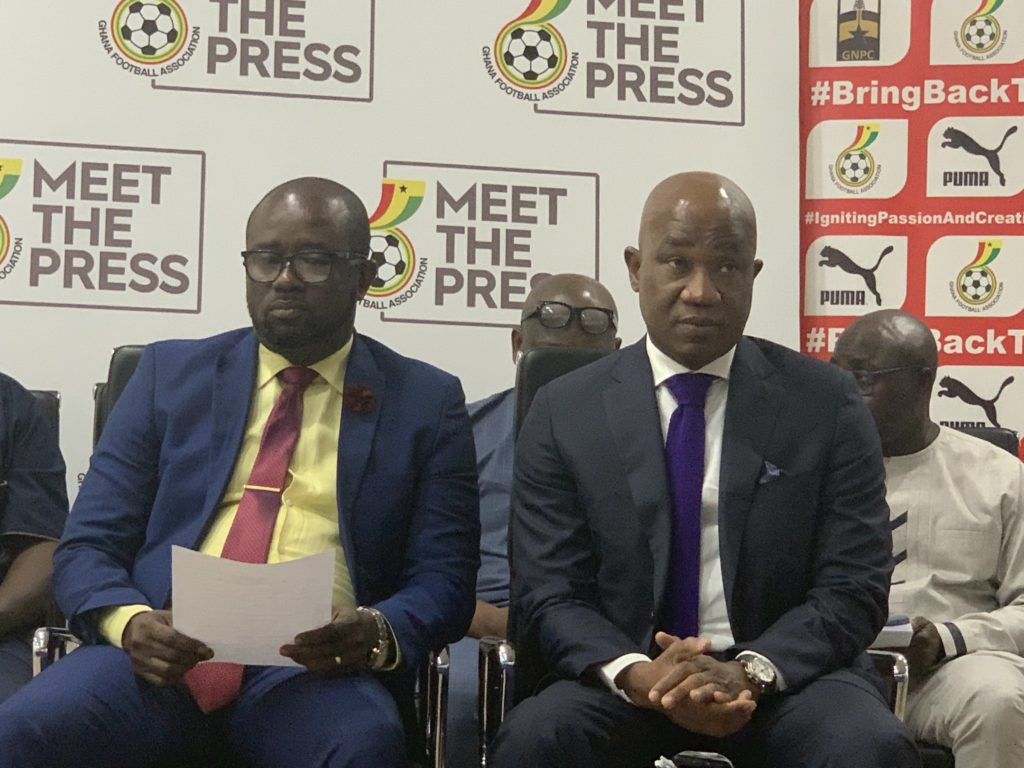 Ghana FA President Kurt Okraku has urged clubs to use the right medium in addressing their concerns and not resort to boycotting competitions organized by the FA.

Over the weekend some Division One and Two clubs boycotted the preliminary rounds of the MTN FA Cup.

According to these clubs, the Ghana Football Association must disclose the contract details of the MTN FA Cup sponsorship including StarTimes as media rights of the FA Cup.

Kurt Okraku in a response to demands been made by the clubs who boycotted the competition, as a result, said, “It is unfortunate we have issues with the MTN FA Cup.  It is a product that has run smoothly over the years.

The engagement signed with MTN was in 2017 and was made public, he said at the Meet The Press”

“I urge clubs to use the official means in addressing their problems and not resort to boycotting official competitions of the FA”.

The FA is yet to take a decision on the fate of the clubs to have boycotted the MTN FA Cup matches over the weekend.

Charles Ntim, popularly known as Micky Charles says the clubs will resist any attempt by the FA to sanction them.