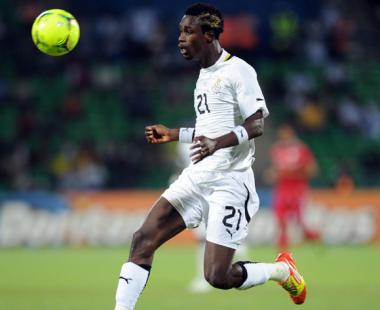 Ghana defender John Boye missed out on the French Cup final after Rennes conceded an injury time goal to lose 2-1 to third-tier side Quevilly on Wednesday night.Â

The 24-year-old played the entire duration of the match as Frederic Antonetti's side fell to an Anthony Laup last-gasp strike.

Julien Feret put Rennes ahead eight minutes into the game as Rennes dominated proceedings in the first half.

However, Quevilly came back strongly in the second half and equalized through Karim Herouat on 63 minutes before the winner three minutes into added on time.

Boye was impressive for Rennes and played with a face mask due to a nose injury.