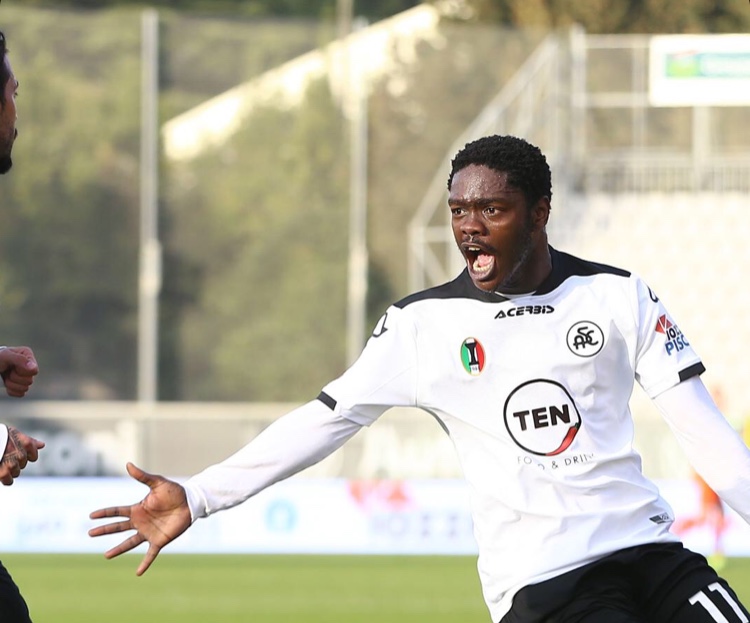 Ghanaian forward Emmanuel Gyasi is over the moon after bagging a brace to help Spezia avoid a home defeat in their 2-2 draw against Parma.

"I'm very happy because the team managed to snatch a point despite the match. We put in a really important brick, because it allows us to keep Parma at a distance,” he said in a post match interview.

The Eagles had conceded twice in the first-half through Yan Karamoh and Hernani following a blistering start by the visitors, but a determined Spezia showed character in the second half.

“The first half did not go well, we did not go out on the pitch with the right attitude, finding ourselves after just under two goals; in the second half we behaved like Spezia, increasing the pace of the game and finding the conclusion with ease. We managed to equalize it, even going close to snatching the 3 points,” he explained.

His second half heroics increased his goal tally for the season in the league to 4, and the two goals was the first time he hit a brace in a topflight game.

“I always try to give my contribution, it is clear that a striker must also score and today I am very happy to have inflated the net on two occasions, scoring my first double in Serie A,” he said.

The serie A newcomers travel to Turin on Tuesday to play Juventus, a club Gyasi Dreams of facing.

“On Tuesday we will face a great team, I think that for every boy who plays football it is a dream to face champions like these: it will be a race that will prepare itself, in any case it will be a good test for us to continue improving,” concluded the Ghanaian.