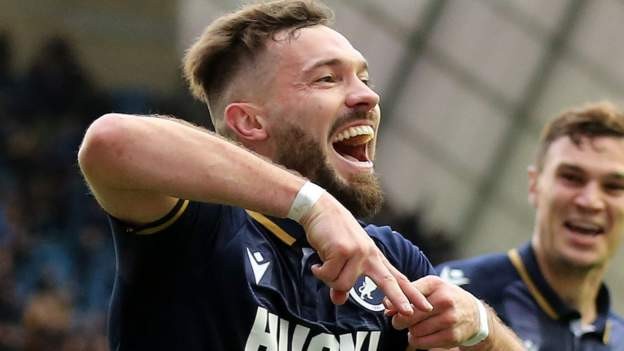 Tom Bradshaw has scored seven goals this season for Millwall

The Championship club have not disclosed the length of the 29-year-old's deal, described as "long-term".

The former Barnsley forward has scored 21 goals in 109 appearances since initially joining on loan in August 2018, before a permanent move in the 2019 January transfer window.

Wales international Bradshaw has found the net in each of his past five Championship matches.