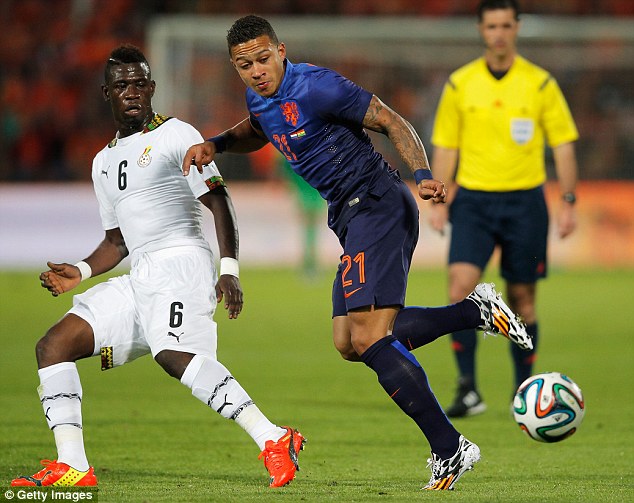 Afriyie Acquah in action against the Netherlands last Saturday.

The 22-year-old combative middle man managed to gatecrash Kwesi Appiahâ€™s final 23-man squad after a good showcase with Italian Serie A side Parma.

He made 27 appearances and scored one goal to justify his inclusion on the provisional squad.

Acquah is owned by German side TSG Hoffenheim but it looks he might not return to the Bundesliga despite the expiration of his loan spell.

The former DC United player wants game time in Brazil to help in his negotiation to land at a big club this summer.

â€œPlaying at the World Cup will open more doors for me. It is such a big level and after that, one can be sure of attracting interest from bigger clubs. I dream of moving to a big club after the World Cup," Acquah told FIFA.com in an interview.