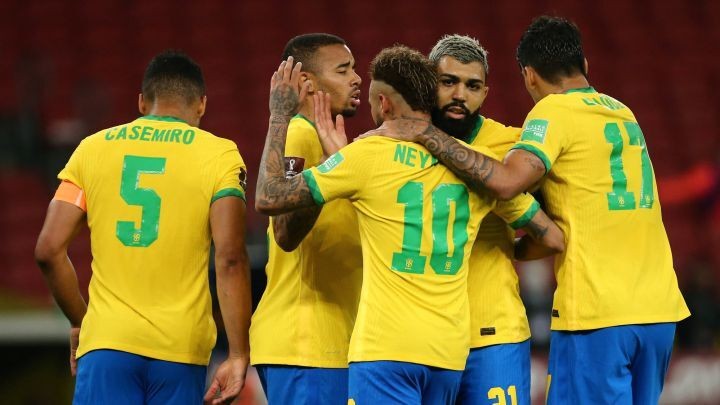 The 2021 Copa America kicks off in Brazil after being moved from Argentina/Colombia with the home side favourites to lift the trophy.

Brazil stepped up to stage the delayed 2020 Copa America after co-hosts Colombia were dropped because of civil unrest and Argentina withdrew after a surge in coronavirus infections with plenty of political backlash to the decision.

A Brazil team playing in the Copa America at home on the back of a seven-game winning streak would normally be hot favourites to triumph but this is no ordinary year and no ordinary Copa.

Brazil's run of form is impressive – they are the only team in South America to have won six of their 2022 World Cup qualifiers and have done so by keeping clean sheets in five of them – but it comes amid turbulence off the field.

The players took the unusual step of publicly criticising the South American Football Confederation (CONMEBOL) on Wednesday, barely a week after Brazil stepped in to host the tournament in place of Argentina, who pulled out after a surge in covid-19 cases.

The players said their protest was not political and they pointedly sought to avoid the left-right polarisation that has beset the country in recent years and led to mass street protests.

One of the big questions facing the Brazil team as they go into the Copa, which is due to kick off on Sunday when they face Venezuela in Group B, is whether the current controversy will bring them together or pull them apart.

Brazil are the holders, having won the 2019 tournament when it was also played in front of their own fans.