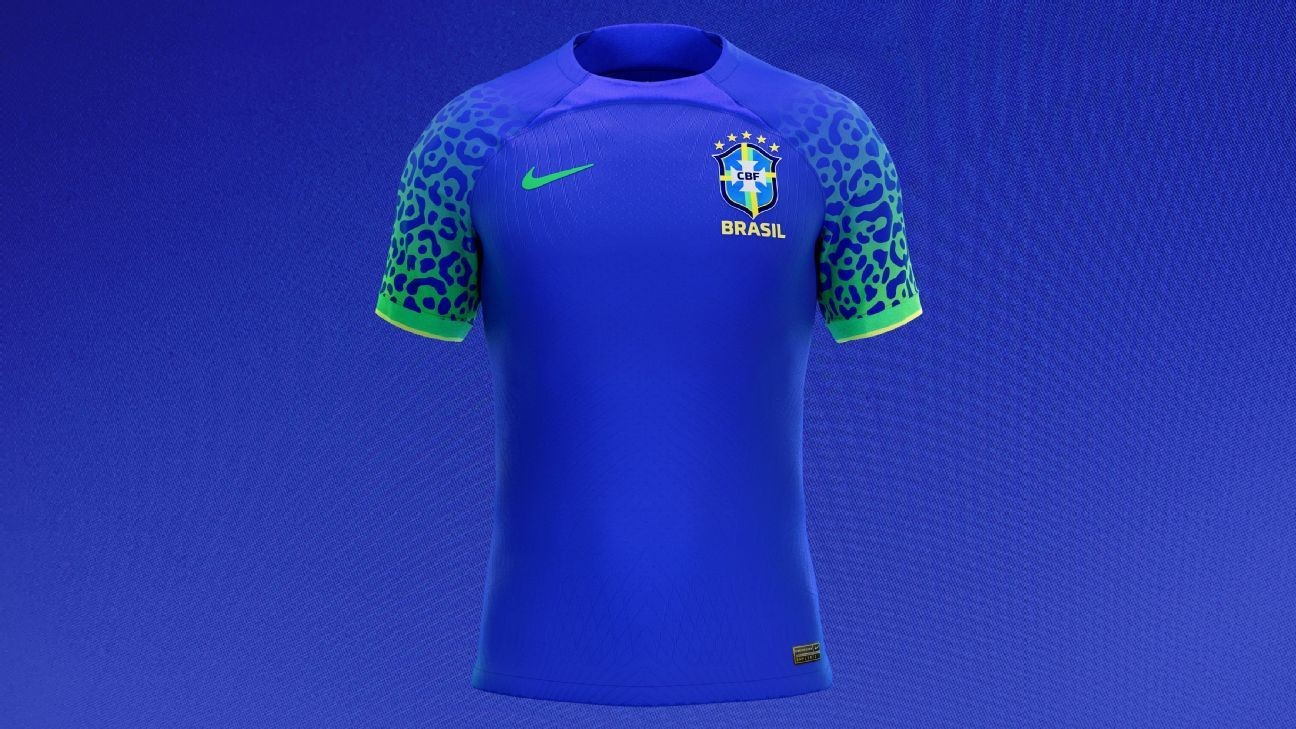 With a little over 100 days until the 2022 FIFA World Cup begins, Brazil have unveiled the kits they will be wearing in Qatar.

The Selecao -- No. 1 in the FIFA men's world ranking and in search of a record-extending sixth World Cup and their first in 20 years -- will certainly look the part as they head into the tournament with a stunning pair of shirts.

At first glance, the design of the home jersey appears to every inch the traditional Brazil kit, with the famous yellow jersey embellished with tasteful sprinklings of blue and green trim.

However, a closer look reveals that the fabric itself is speckled with an unusual print pattern, inspired by the fur of the jaguar -- the largest cat species in the Americas.

The jaguar -- the third largest feline in the world, after tigers and lions -- is one of the most iconic animals of the Amazon with its distinctive coat dotted with dark spots and rosettes.

As such, manufacturers Nike say that the "vibrant, fierce" jersey is "inspired by the unstoppable grit" of the more than 200 million people that inhabit the South American nation.

While the yellow home shirt features the jaguar motif in an understated relief print, the pattern is all the more vibrant on the blue away jersey, which sees the graphic rendered in an eye-catching shade of green on the sleeves.

The two kits have proved an instant hit with Brazil players heading to Qatar 2022 with Richarlison full of praise for the new national strip.

"Beautiful, wonderful, the most beautiful in the world," the Tottenham Hotspur forward told Globo.

"There's nothing better in the world than wearing the shirt of the Brazilian team. It's this one that scares opponents and now that the World Cup is coming, it gives butterflies in the stomach."

Brazil kick off their World Cup campaign against Serbia on Nov. 24 before facing fellow Group G opponents Switzerland and Cameroon on Nov. 28 and Dec. 2 respectively.