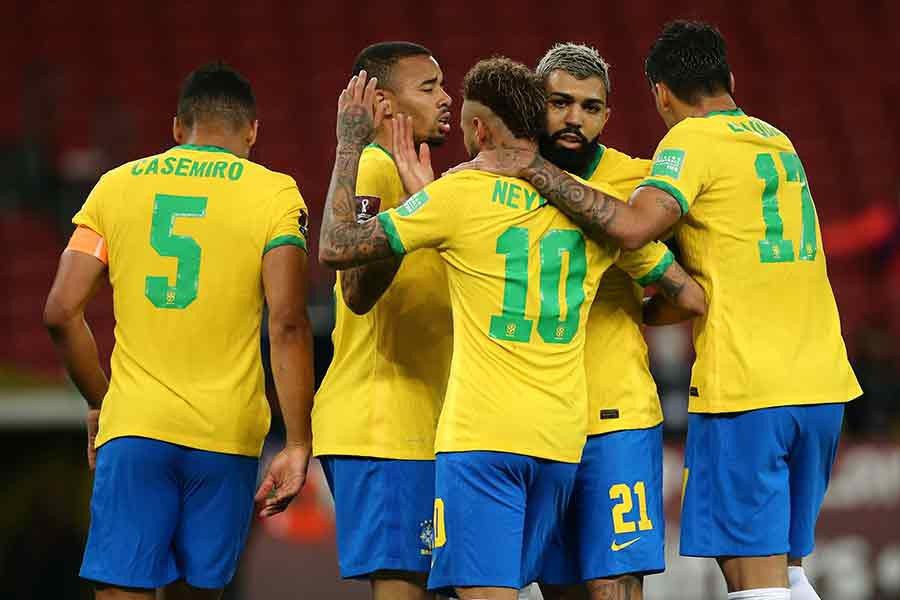 Tite has named a 26-man squad for the penultimate game before the 2022 FIFA World Cup in Qatar in November.

The surprising omission from Brazilian coach's squad is the absence of red-hot Arsenal forward Gabriel Jesus.

However, Tite will depend on Richarlison and Lucas Paqueta to deliver the goods for the Samba Boys.

Meanwhile, Alisson is expected to start ahead of Ederson while Danillo is preferred as right-back and in the absence of Alex Sandro, Renan Lodi should begin as the left-back.

In the heart of defence, veteran Chelsea defender Thiago Silva will be joined by his former PSG teammate Marquinhos.

Manchester United duo Casimero and Fred will start in the middle of the park with Raphinha of Barcelona playing in front of the pair.

Vinicius Jnr, Neymar and Richarlison will be leading the attack of the Brazilians.