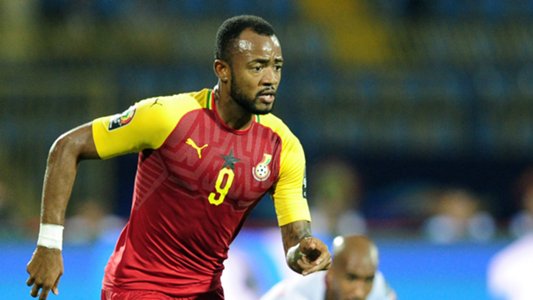 English Premier League side Crystal Palace have revealed that their striker Jordan Ayew has tested positive for coronavirus after playing for Ghana six days ago.

The Black Stars attacker becomes the sixth person among the Ghana squad that played the friendlies against Mali and Qatar to have contracted the deadly disease following the two matches in Turkey.

Ayew must now isolate for the next 10 days according to the UK government guidelines and must return a negative test before joining Crystal Palace training once more.

Ayew was left out the squad that drew 1-1 with Brighton in the M23 derby in the league on Sunday following widespread outbreak of the deadly disease among several Black Stars players that played in the recent friendlies.

Crystal Palace did not reveal the status of their important striker ahead the league match but the absence of their star player raised suspicions as he is a first choice player of the club.

Coach Roy Hodgson has now confirmed that the player contracted the deadly coronavirus while playing for Ghana during the friendlies against Mali and Qatar in Turkey.

"Unfortunately he (Ayew) tested positive for Covid in our last test on Friday," Hodgson said after Sunday's match.

"He's been away with Ghana, which we weren't exactly delighted to accept that he had to do. Like several other Ghanaian players I believe when they have gone back to their clubs they have tested positive.

"Now we have to follow the relative government and Premier League guidelines before we see him again.

"I don't know [when we'll have him back]. Don't ask me to stand here and explain all of the Premier League government guidelines when it comes to Covid."

The Ghana squad coronavirus cases reached five on Sunday after it became clear that Hoffenheim defender Kasim Adams has joined the growing number of players in the Ghana team that had contracted the virus.

Apart from the five players confirmed to have contracted the virus, Ekuban has been hospitalised in Turkey after showing strong symptons of coronavirus with a very high temperature.