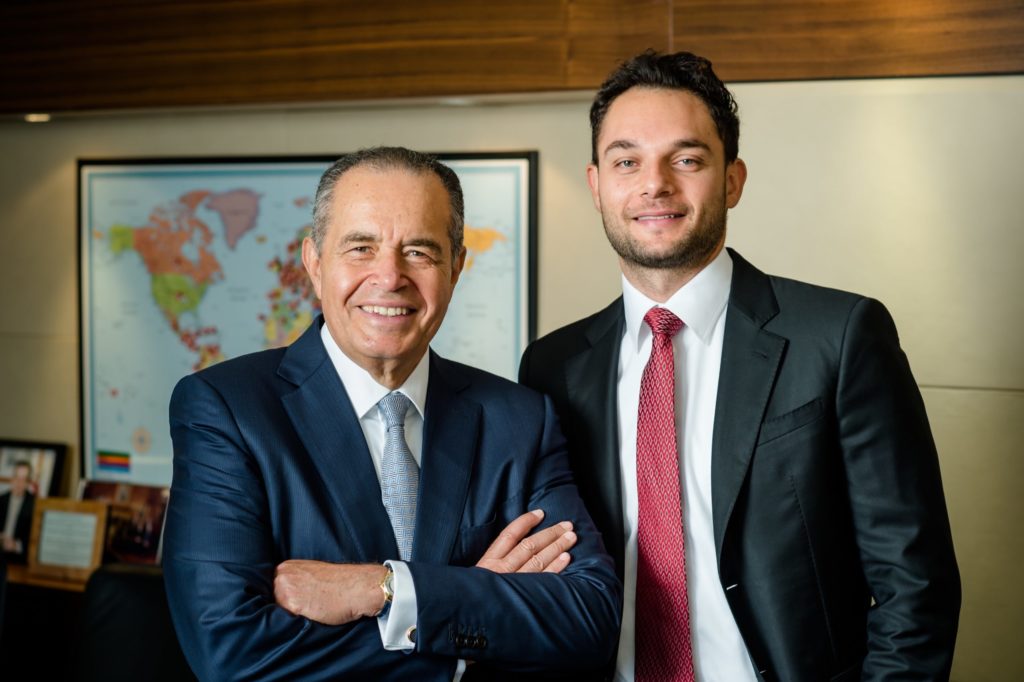 The business mogul’s company Man Capital LLP agreed the deal to help expand the activities of the academy that has produced several Ghanaian stars including Ajax youngster Mohammed Kudus.

In a statement received by GHANASoccernet.com, the new partner will expand the academy and also scout more talents who will go through the best of development at the academy.

Below is the statement confirming the new arrangement:

Ghana’s famous Right To Dream academy and Egyptian billionaire Mohammed Mansour have reached an agreement that will help the iconic football institution expand and recruit more young players to hone their talents for the country.

The investment in Right To Dream by Man Capital, the UK-based investment arm of the Egyptian Mansour Group, a family-owned global conglomerate, is being made through Man Sports, a new entity established for the partnership, and will see investment designated to expand the activities of the Right To Dream academy in Ghana.

As the birthplace of the Right To Dream academy, the partnership will invest in ensuring its tradition of innovation and supporting children’s dreams across the country through football continues. The academy in Ghana will also continue to develop some of the best youth players in the country and focus on discovering many talents and developing high performance athletes with a focus on education.

In addition, the investment will enable the Ghanaian brand to be exported abroad, seeing the ‘Kanea’ star shining brightly in Egypt through the launch of a new Right To Dream academy for boys and girls in West Cairo, replicating the successful academies in Ghana and Denmark. Investment will also support the creation of a new pro women’s team to be formed in Egypt shortly after the academy launches, expansion of the women’s and girl’s programmes across the organisation, also including the establishment of a professional women’s team in Ghana in the next 5 years, and the exploration of UK opportunities at club and academy level.

Speaking about the investment, Mr Mohamed Mansour, Chairman and Founder of Man Capital, said: “I could not be prouder to be investing in and partnering with Tom and his team at Right To Dream, who are inspirational for the life-changing work they undertake with talented boys and girls across Africa, Europe and the Americas. We have long taken a close interest in the work they are doing and are delighted to be announcing our partnership today. Not only are we a family of football fans, indeed my uncle Mostafa Kamel Mansour even represented Egypt in the 1934 World Cup, but we are committed to supporting communities across Africa, through our foundations and other philanthropic activities.”

The partnership enables Right To Dream to hire new senior leaders across the organisation, with several appointments already being made for the new venture, namely Mohammed Wasfy as MD of the new Right To Dream academy to be launched in Egypt, Pippa Grange taking on a permanent role as Group Chief Culture Officer, and Jan Laursen being promoted into the role of Chairman of FC Nordsjælland. Most significantly Mr Eddie Mensah returns home from the USA where he was headmaster of the prestigious Charlotte Preparatory School to become MD of Right to Dream. He joins many prominent Ghanaians working for Right to Dream including former Black Stars Derek Boateng, Laryea Kingston, Didi Dramani, Michael Essien and King Osei Gyan.

Tom Vernon, who continues in his role as CEO of Right to Dream Group, said: “For 20 years Right to Dream has been using football as a platform for social change, bringing life- changing opportunities through sport and education for children and their communities. This partnership helps Right to Dream move into the next stage of its global expansion, putting people and purpose at the center of football. With the support of the Mansour family, we are creating a new standard of purpose-driven sports for clubs and players and building the leaders of tomorrow.”

“Ghana is where our academy journey started and where my heart lies, so to be able to invest in expanding our presence and impact in the country is a huge honour. The Right To Dream academy has helped to develop some of the best youth players in Ghana and is proof that there is a different way to develop elite athletes with strong education paths through purpose-driven football. Our expansion into Egypt and Europe is further evidence that Ghana can export its football values and culture not just its players.”