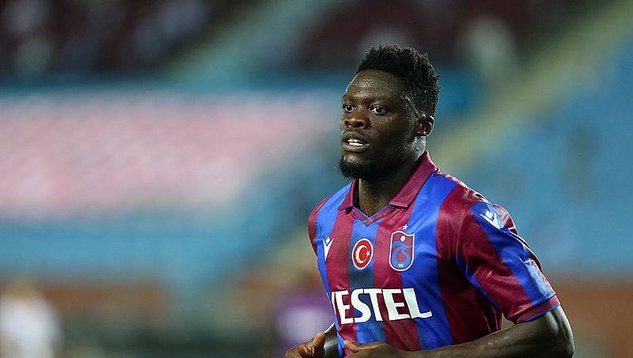 Ghana striker Caleb Ekuban is ssuspected to have contracted coronavirus

Ghana striker Caleb Ekuban has been hospitalised in Turkey after showing strong symptons of coronavirus with a very high temperature following his return to Trabzonspor after two friendly matches with the national team, Ghanasoccernet.com can exclusively reveal.

Ekuban, a key suspect for the disease following his room mate Mensah's positive test, was rushed to the hospital by medical doctors of Trabzonspor with 39 degrees temperature and fell ill with a fever which are key signs of the virus.

But more tests are scheduled to be carried out on the striker on Sunday and Monday to see if he has been infected.

With the full status of a person to be discovered after 14 days of coming into contact with an infected person, Ekuban must now pray that subsequent tests don't turn out to be positive.

But with the very high temperature he is a likely candidate for the virus so Trabzonspor excluded him from their squad that was defeated 2-0 by Basaksehir on Saturday night.

Ekuban will become the sixth Ghana national team person to test positive for coronavirus if the tests prove positive following the Black Stars friendly matches against Mali and Qatar over the past seven days.