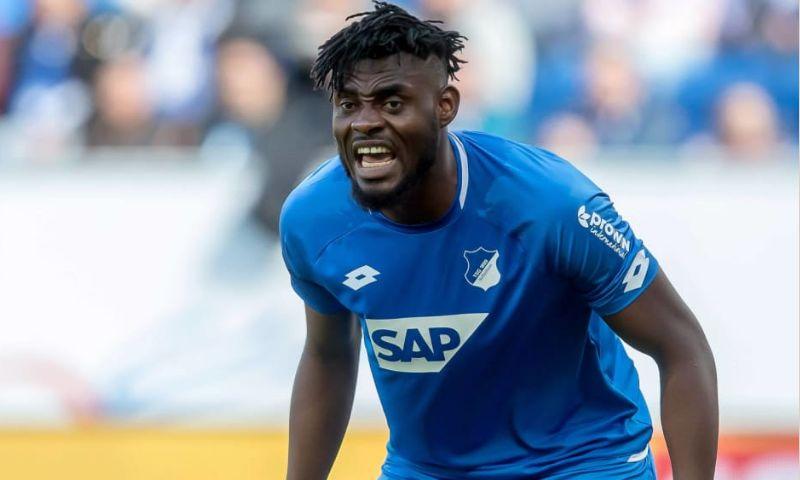 Ghana defender Kasim Adams has tested positive for the deadly coronavirus on his return to his German top-flight club Hoffenheim after two friendly matches with the national team, Ghanasoccernet.com can exclusively reveal.

The central defender was tested by the Bundesliga side on his return to the club after spending one week with the Black Stars following the internatoional break, club insiders have told Ghanasoccernet.com.

The test for the deadly disease came out positive and the important player for Hoffenheim, who had no contacts with his team-mates on his return, has been completely isolated from the team, Ghana's leading football news outfit has told.

Hoffenheim have confirmed that two of their players have tested positive without revealing their names but Ghanasoccernet.com can reveal that the Ghana international defender is under quarantine at home and was not selected as part of the team that lost 1-0 to Dortmund on Saturday night in their league game.

Adams becomes the fourth Ghana national team person to test positive from coronavirus following the Black Stars friendly matches against Mali and Qatar over the past seven days.

The 25-year-old was subjected to the compulsory club test on arrival from the Black Stars training camp in Turkey where they played two friendly matches against Mali and Qatar.

The result of the test confirmed that the right-back had contracted the virus while on international duty with the Black Stars following what looks now like a wide outbreak of the disease in the camp.

Nuhu has been completely isolated from his Hoffenheim team-mates after the discovery of the contagious disease and club doctors will immedaitely observe the strict guidelines to ensure his full recovery.

The defender is the latest person from the Black Stars camp that played in the friendlies against Mali and Qatar over the past ten days to have contracted the deadly disease.

This comes after Besiktas midfielder Gideon Mensah, Joseph Aidoo, Bernard Mensah and Black Stars management committee member Jones Abu Alhassan were confirmed to have contracted the virus during the training camp in Turkey.

Nuhu is expected to isolate himself for the next two weeks before he can rejoin his Hoffenheim team-mates but not until tests have confirmed him to have overcome the deadly virus.

This revelation will raise serious concerns for the Ghana football authorities who would be in the race to discover the full extent of infections in the team when they played the matches against Mali and Qatar.