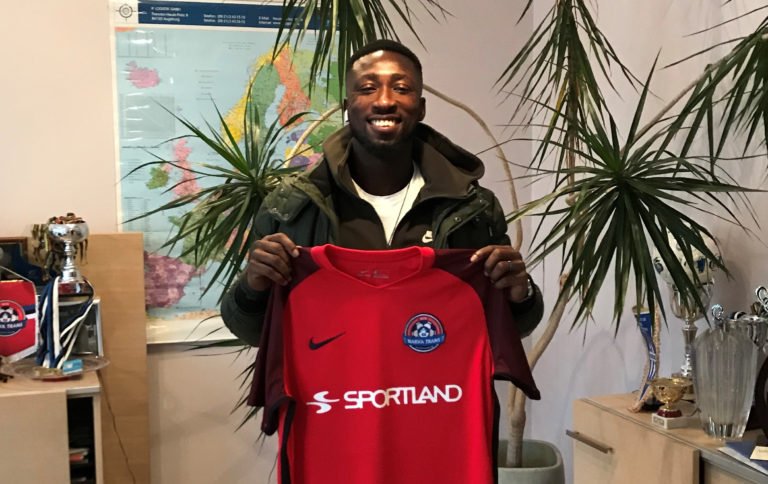 Ghanaian defender Ofosu Appiah has been handed a one-year worldwide ban and fined in the European country of Latvia's top league for match fixing, Ghanasoccernet.com can exclusively reveal.

Despite the heavy sanction by the Latvian Football Federation (LFF), the football governing body has asked the government prosecute the Ghanaian footballer and two of his colleagues according to the laws of the federation.

The LFF announced the decision on the FC Noah Jurmala cenre-back after some players of the club came under the microscope of the authorities.

The LFF said in its announcement that it was banning and fining three players from FC Noah Jurmala after being found guilty for match fixing using top level technology.

"After obtaining, compiling and analyzing the information, the LFF Fair Games and Ethics Committee has acknowledged that the game was manipulated by the representatives of FC "Noah Jūrmala" in order to achieve a specific result of the game," the LFF said.

The State Police have also been approached with an application for a criminal offense for which liability is provided in accordance with Article 212.1-3 of the Criminal Law.

"There is no place for dishonest and fraudulent activities in Latvian football. We react actively and sharply to every signal or indication we receive," said LFF President Vadims Ļasenko.

"We are grateful to everyone who helps us to identify the perpetrators and point out any possible illegal activities. that is out of the law.

"We are also looking forward to the prompt work of the State Police to bring the perpetrators to justice at the highest level," Ļasenko said.

The LFF Disciplinary Committee started the investigation last month when it identified the possible involvement of FC Noah Jūrmala and its players in match fixing before the Serbian footballer was temporarily suspended by the LFF Fair Play and Ethics Committee when the case was opened.

In June, the LFF Disciplinary Committee disqualified the Serbian footballer until a final decision was made by the LFF Fair Play and Ethics Committee regarding the possible involvement of FC Noah Jurmala and its players in activities aimed at manipulating the result of the game.

The case was initiated in connection with the Optibet Premier League Championship game of 29 May 2021 between FC Noah Jūrmala  and FK Liepaja.

Latvian clubs have long been linked to several match-fixing scandals and despite the obscurity of the league.

Several betting companies have been bombarded with bets on the league, attracting the repeated attention of UEFA officials monitoring signs of betting rings and match fixing.