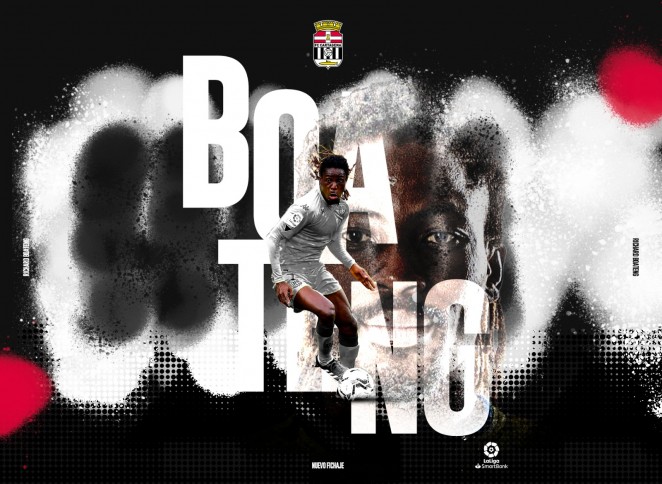 The 28-year-old midfielder joins Cartagena for the 2021/22 season becoming the club's first signing of the summer.

Boateng played for AD Alcoron last season and has enormous experience in the Segunda Division, having played for the likes of Real Oviedo, Granada and Cardiz.

"FC Cartagena SAD informs of the agreement reached today with the player Richard Boateng (Ghana, 1992) for his incorporation to the Albinegro club from Alcorcón. The Ghanaian footballer signs for the Cartagena team for next season, becoming the first acquisition of the Albinegro club for the project in LaLiga Smartbank for the 2021/22 season," wrote the club on their official website.

"The 28-year-old Boateng is a proven player in the category, with nearly 90 games played in LaLiga Smartbank between his time at Oviedo and at Alcorcón, where he has played for the last three seasons. The new Efesé player stands out for his power, for his great physical power and for his ability to reach the opposite area. He is a player with a long journey and with a sense of goal, who can also bring balance to the center of the field," added the club.