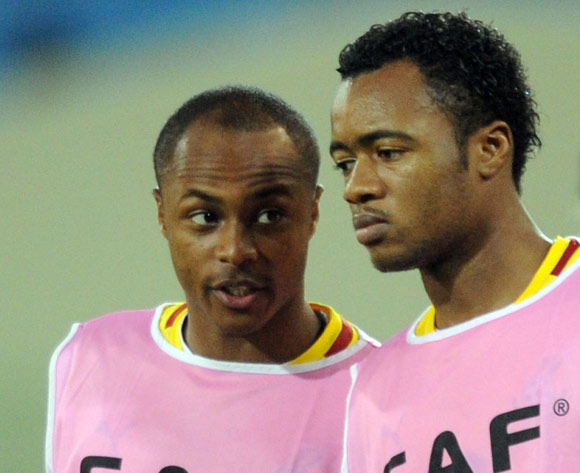 The bold move comes in the wake of the decision of the West Ham and Swansea City players to pull out of the 2018 World Cup qualifier against Congo which the Black Stars won 5-1 in Brazzaville  this month.

The controversial decision to leave out the two brothers will likely spark the heated arguments over the long-standing rift between coach Appiah and the father of the England-based duo Abedi Pele.

Loyalists of the Ayews will argue that it is the extension of the 1992 rift between their father and coach Appiah, claiming the Black Stars boss is victimizing Abedi Pele's children.

They will also claim that the two brothers have genuine injury and concerns which led them excusing themselves from the game in Congo.

But supporters of Appiah will counter the explosive arguments with claims the two players are indisciplined and sought to sabotage the coach simultaneously by excluding themselves from the Congo match.

Andre pulled the plugs on his involvement in the qualifier against Congo claiming he was injured while a sick-bed photo emerged on social media which ruled his younger brother out of the match.

However, the Swansea City forward recovered in time to feature for his side against Newcastle United after a few days.

The audacious action from the Black Stars manager will certainly divide opinions in the West African country and could cloud the country's crucial 2018 World Cup qualifier against the Cranes in Kampala next month.

Ghana will need to win and hope Egypt slip at home against Congo to stand any mathematical chance of qualifying to the global showpiece in Russia.