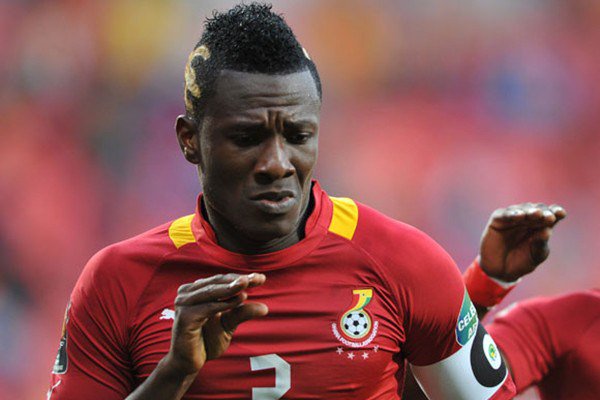 Asamoah Gyan is returning to the Ghana squad

Ghana striker Asamoah Gyan has issued a statement to confirm he has reversed his international retirement just 24 hours after angrily retiring from the Black Stars.

The 33-year-old confirmed the Ghanasoccernet.com revelation saying that he is returning to the side after an intervention by the country's President Nana Akufo Addo.

The Turkey-based striker has now accepted to role of being the General Captain of the Black Stars after quitting the team over Kwesi Appiah's decision to strip him of the captaincy.

His decision to reverse his international retirement came after Ghana President Nana Akufo Addo spoke to him on Tuesday to reconsider his decision.

"A Presidential request is one that cannot be disregarded," Gyan said in statement released on Wednesday morning just hours after speaking with President Akufo-Addo.

"I have had the opportunity to speak with the father of the Nation, the President of the Republic. His Excellency Nana Addo Dankwa Akufo-Addo, who though respecting my wishes as spelt in my letter of 20th May 2019, asked me to rescind my decision to retire permanently from the Black Stars.

"I have taken the request of His Excellency Nana Addo Dankwa Akufo-Addo in good faith, and will make myself available for selection by coach Kwesi Appiah."

Ghana's all-time leading goal-scorer Gyan retired from international football on Monday, a month before the start of the Africa Cup of Nations.

His decision comes as he was replaced as Ghana captain, with Andre Ayew likely to be given the role in Egypt.

The 33-year-old netted 51 goals in 106 international appearances, both Ghana national team records, which includes scoring at six consecutive Nations Cup finals, as well as three World Cups between 2006 and 2014. 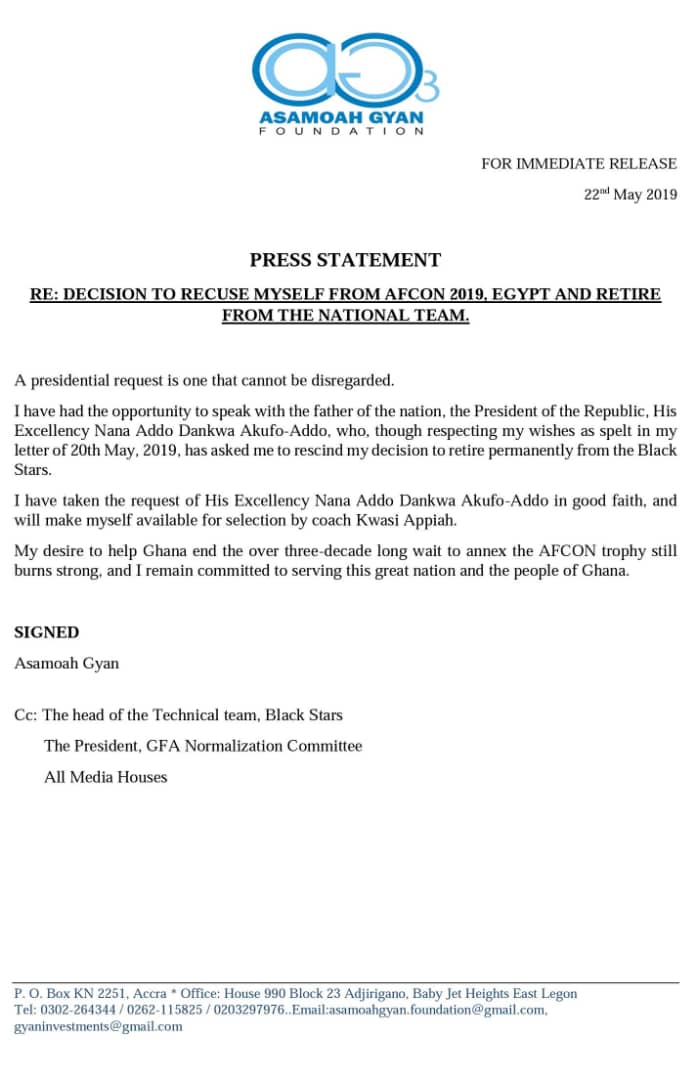