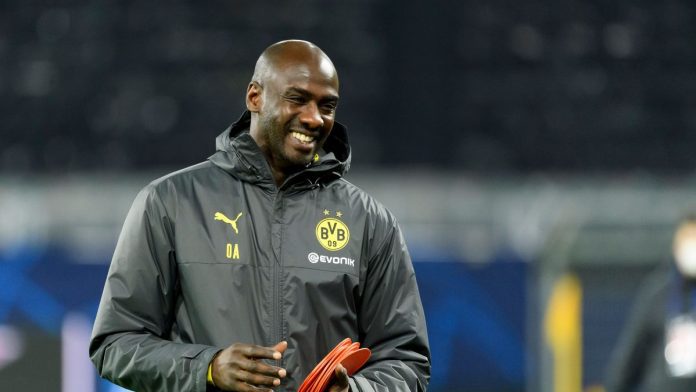 Borussia Dortmund assistant manager Otto Addo will be named as the first assistant coach of the Ghana national team, the Black Stars, GHANAsoccernet.com can exclusively report.

The 46-year-old, who the Ghana Football Association sees as the future of the Black Stars coach, will be unveiled alongside his incoming boss Milovan Rajevac, Ghana's leading football news outfit can reveal.

As part of the long term strategy of the GFA for the national team to revert to natives of Ghana, Addo will be made to work with the Serbian to underdtudy him while honing his career.

The former international winger has carved a strong niche for himself in German Bundesliga having been put in charge of grooming the next generation of top players for Dortmund.

Addo is credited for the scouting reports and strategy that helped Ghana to hold eventual champions Germany 2-2 in a high profile 2014 FIFA World Cup in Brazil.

The Black Stars were the only side in the competition in Brazil to have held Germany and Addo was then the Ghana scout who prepared all the reports and strategy that helped in the major feat.

Addo represented Ghana at the 2006 FIFA World Cup in Germany before hanging his boots two years later where he has since been coaching.

In the past he had also worked with Hamburg and Borussia Monchengladbach.

The former international joined the Black and Yellows backroom staff in 2019, leaving Danish outfit Nordsjaelland.In the past he had also worked with Hamburg and Borussia Monchengladbach.
Born in Germany to Ghanaian parents, Addo switched allegiance to represent Ghana in 1999, a year before joining the Black Stars for the 2000 Africa Cup of Nations tournament.In 2006, he made a return to the team after a long absence, just in time to make the final squad for the 2006 World Cup in Germany.

He has been linked to Ghana's coaching job over the past years.