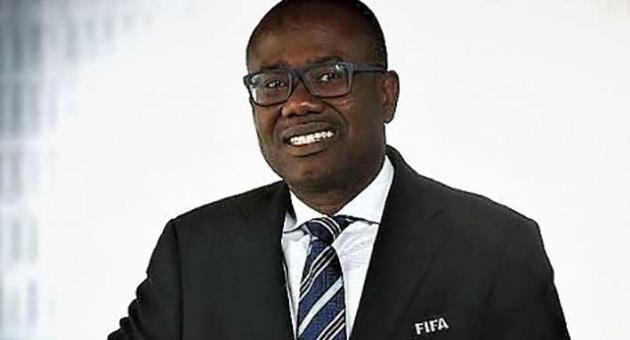 The Court of Arbitration for Sport (CAS) has delivered some boost for former Ghana Football Association (GFA) President Kwesi Nyantakyi by quashing his lifetime ban and reducing it to 12 years.

The Swiss-based organisation is reported to have communicated the news to the former FIFA Council member and CAF 1st Vice President on Tuesday after he appealed the decision of FIFA.

According to a report on a local radion station Nhyira FM in Ghana, FIFA has also been informed of the decision but this has not been independently confirmed by the three parties.

It is not known if the other sanctions against Nyantakyi have been dropped following the appeal at sport's highest court.

Nyantakyi, a former member of FIFA’s General Council, was found guilty after being filmed by an investigative journalist in a hotel room appearing to take a $65,000 bribe from a supposed businessman seeking to sponsor the Ghanaian football league.

“The adjudicatory chamber found Mr Nyantakyi guilty of having violated art. 19 (Conflicts of interest), art. 21 (Bribery and corruption) and art. 22 (Commission) of the FIFA Code of Ethics,” FIFA said in a statement.

“As a consequence, Mr Nyantakyi is banned for life from all football-related activities (administrative, sports or any other) at both national and international level.

FIFA handed a life ban from all football-related activities by FIFA in October 2018 following various violations of the governing body’s ethics code, including bribery and corruption.

Nyantakyi, who was also a former vice-president of the Confederation of African Football, resigned in June after a recording by undercover journalist Anas Aremeyaw Anas appeared to show him demanding kickbacks to pass on to top government officials, including the presidency.

Nyantakyi later apologized to Ghana president Nana Akufo-Addo and the government for what he called his “indiscretion”.

He denied any wrongdoing regarding match fixing.