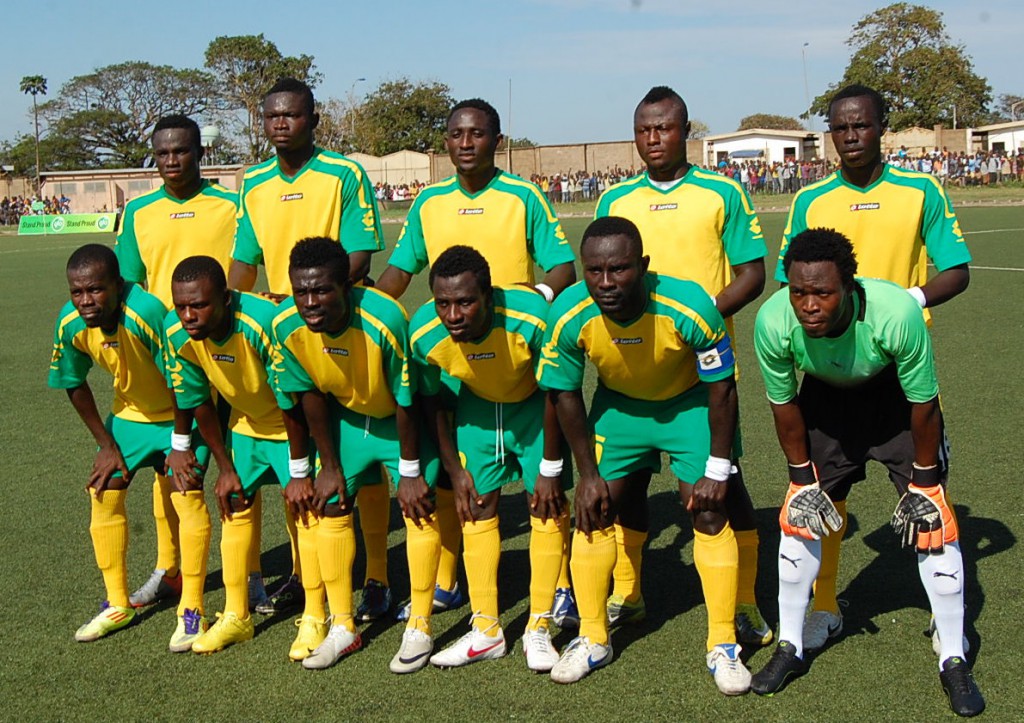 Mysterious Ebusua Dwarfs have been cleared by the Registrar General to participate in the forthcoming Ghana Premier League after finding a common ground with lower-tier side Great Liverpool.

The Registrar-General’s Department had ordered the Ghana FA to dismiss Ebusua Dwarfs from participating in the 2020/21 Ghana Premier League as the Crabs were in official liquidation and therefore could not function as an operating entity.

In January 2019, a Cape Coast court ordered for the liquidation of the club following their failure to pay an undisclosed debt owed a lower division club, Great Liverpool, for the transfer of Patrick Villars.

The long legal battle concluded in January 2019 when the court approved a motion to liquidate Dwarfs in order to settle the debt.

In January 2020, the official liquidator wrote to the GFA to request for them to annul Dwarfs’ status as a Premier League Club but with Dwarfs actively participating in the truncated 2019/2020 league season, no action was taken.

The GFA was served with another letter to expel Dwarfs from the Ghana Premier League or face contempt of court.

However, the Cape Coast-based outfit have been granted permission to partake in the soon-to-start league after they settled the case amicably with Great Liverpool just in time for the commencement of the season.

Below is an official letter from the Registrar General office confirming their clearance; 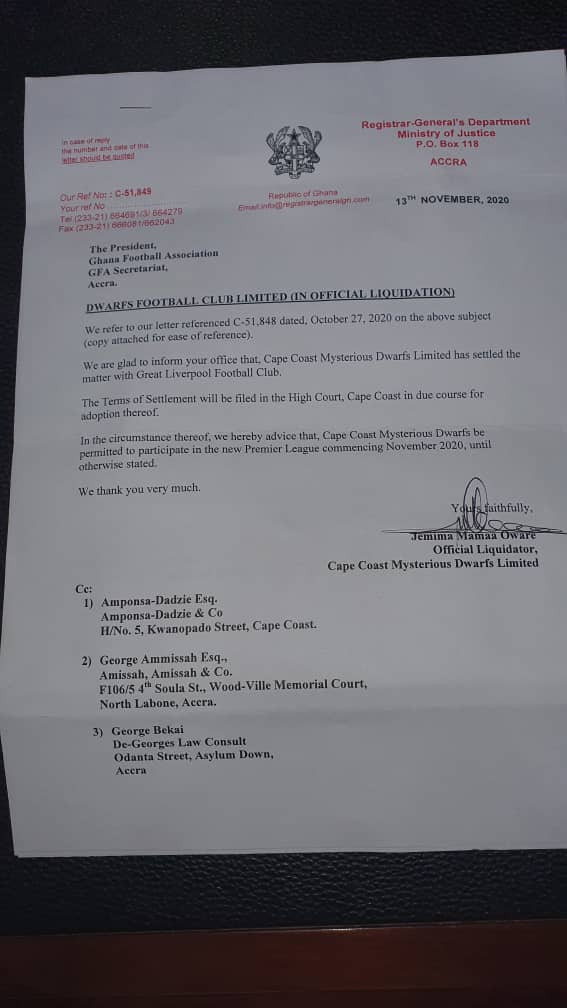 Ebusua Dwarfs will begin their campaign with a home game against fellow westerners Elmina Sharks on Sunday, November 15.