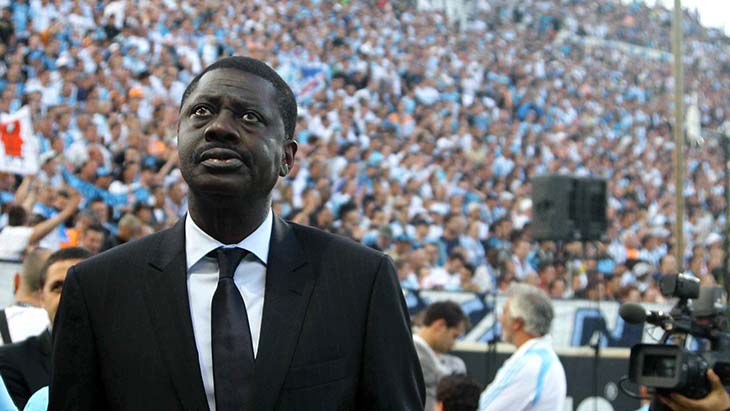 Pape Diouf was the President of Marseille

Former Olympique Marseille President Pape Diouf, the man who mentored Andre and Jordan Ayew, died in his native Senegal on Tuesday night after being infected with the coronavirus.

After contracting the coronavirus in his home country of Senegal, he was to be flown to France on Tuesday night for treatment  but he could not stay long for the journey.

According to Senegalese national television, his relatives confirmed that, Pape Diouf died on Tuesday in Dakar.

He was 68 and is still the only African to be the President of a major club in European football.

The astute African football executive, who was president of Marseille from 2005 to 2009, helped the two Ghanaian players to settle in France when they were at the Marseille academy.

Diouf was close friend of their father Abedi Pele during his playing days at the French giants Marsielle long before the former journalist became the club's President.

The former journalist at La Marseillaise in the 1980s, he was a successful football agent from the 1990s, representing top African players like Joseph-Antoine Bell, Marcel Desailly, Basile Boli, William Gallas, Samir Nasir, Didier Drogba and many others.

Charged in the case of questionable transfers from Marseille in 2016, the judicial decision was thrown out on appeal in 2018.

He returned to Dakar in 2018 to be with his family.