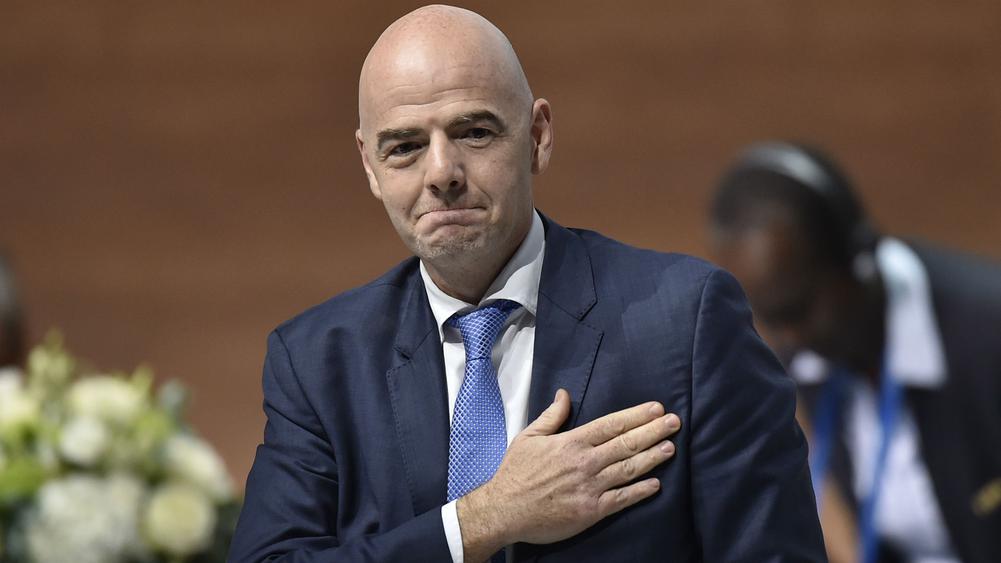 Gianni Infantino will rule FIFA for the next three years as he will stand unopposed in the football governing body's next election in June with his likely opponent failing to get the five nominations to be a candidate by Tuesday night's deadline, Ghanasoccernet.com can exclusively reveal.

The election on June 5 in Paris to decide whether Infantino should continue to run the world’s most popular sport will be a coronation as 179 federations out of the 211 filed to nominate the Swiss to stand for a second term in office.

His sole likely rival – Ramon Vega, a former footballer – struggled to win enough support to get on the ballot as he could not secure the five nominations to stand the election by the deadline.

Candidates need support from just five of FIFA’s 211 national member associations and must show they have been involved in the game for five years which means Infantino will go unopposed.

Vega, a Swiss financier and former footballer whose career included stints at England’s Tottenham Hotspur and Scotland’s Celtic, was hoping to harness some discontent towards Infantino among some powerful groups in world football to mount a challenge.

But that support from some people angry proved more rhetorical for Vega to run for FIFA presidency that is one of the highest-profile jobs in global sport and commands a wage of more than $1.5 million.

This massive endorsement of Infantino shows the man has strongly entrenched himself in the politics on world football after several confederations threw their support behind him.

The die was cast last year when the Confederation of African Football (CAF), the largest bloc of the world governing body, led by its President Ahmad threw the continent's unanimous support behind Infantino which spurred other continents to follow suit.

Africa's unanimous support for Infantino stems not only from the improved financial support for federations but also the Swiss' decision to hand the General Secretary job to an African woman Fatma Samoura of Senegal has proved hugely popular.

Infantino has tightened his grip on the top job despite reservations about his tenure from important groups within the sport, particularly UEFA, European football’s governing body who are unhappy about his desire to create more competitions to bring in the needed revenue to help in developmental projects in most federations across the globe.

The FIFA president has held secret talks with a consortium of international investors led by Japanese group SoftBank. The group has pledged $25 billion to expand the Club World Cup, an annual competition between seven of the top teams, as well as create a league tournament for national sides.

The proposals have divided the sport. UEFA executives complained the moves would undermine Europe’s position as the pinnacle of club football. Top league competitions, such as the English Premier League, and some clubs are also opposed to the proposals but was hugely popular among other federations who are not as wealthy as UEFA.

Infantino was elected in 2016, replacing the disgraced Sepp Blatter, whose 18-year reign was marked by a corruption scandal that led to dozens of top FIFA officials being arrested on bribery charges or disciplined on ethical grounds. Blatter was banned from football activities for six years.

Infantino pledged to clean up the organisation, pushing through a reform package aimed at stamping out corruption.

Football industry executives added that Infantino’s focus on spreading football’s wealth across the world had boosted his popularity.

The Swiss administrator has overseen an expansion of the World Cup from 32 teams to 48, while plans for the Club World Cup would sharply increase FIFA’s revenues, worth $5.65 billion over the four-year cycle to the 2018 World Cup.

More money could allow Infantino to fulfil one of his main 2016 election pledges to quadruple “development” funding to national associations. FIFA officials said the tournament proposals had no connection to the leadership election.