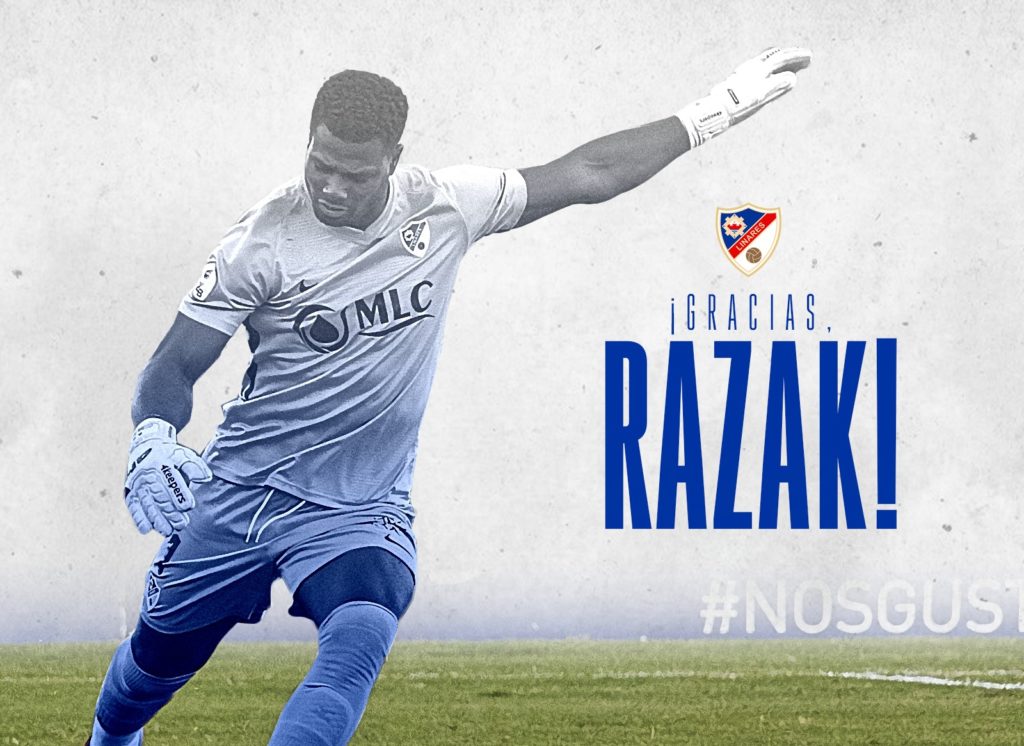 Ghanaian goalkeeper Brimah Razak has parted ways with Spanish club Deportivo Linares after failing to reach agreement on a new deal, the club have announced.

Razak was in negotiations with the Spanish Segunda B outfit over a new contract but the deal has fallen through.

Linares on Thursday announced the departure of the former Black Stars goalkeeper through the club’s official Twitter handle.

The former Mamelodi Sundowns man was named the best goalkeeper in the Spanish Segunda B Division at the end of last term.

Razak made 27 appearances for Linares in the Spanish third-tier where he kept 16 clean sheets and conceded 21 goals.