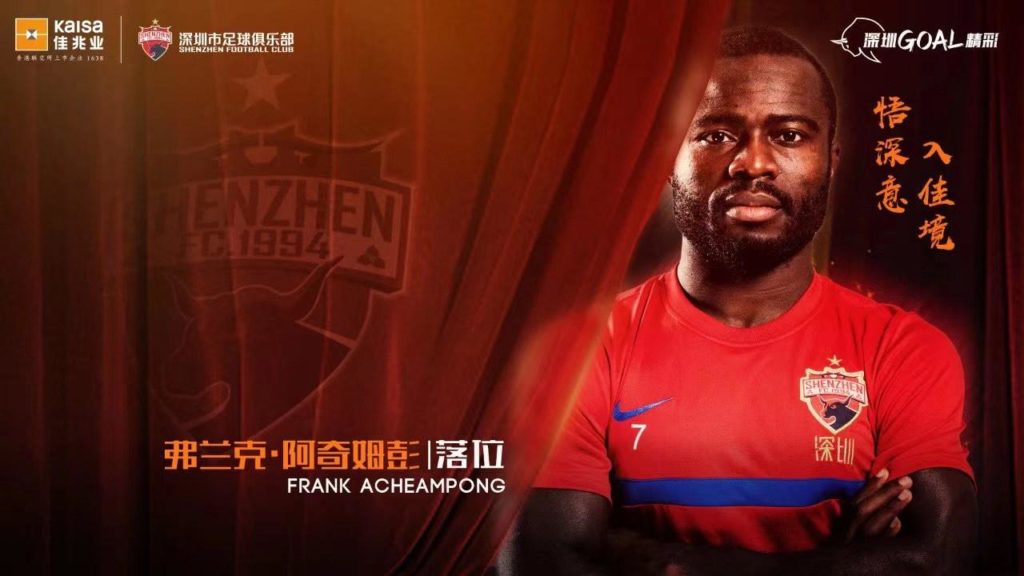 The 27-year joins on a free transfer after leaving Tianjin Teda.

“Many clubs were interested to sign Frank. Not only Chinese clubs, but we also had concrete offers from Europe and the Gulf region as well.

Finally, Shenzhen turned out to present the most exciting project to Frank. He agreed on a 4-year deal because his ambitions and the club’s ambitions matched pretty well. Frank will try his best to build a legacy there such as he did in Tianjin, "agent Oliver Konig told GHANSoccernet.com.

Acheampong will reunite with his international teammate Mubarak Wakaso- who has also signed a similar duration at the ambitious Chinese side.

He signed a contract extension which was aimed at keeping him at the club until June 2022.

But Acheampong has joined the mega-rich club after his representative reached an agreement with the Chinese Super League side.

He joined Tianjin on loan in 2017 from Belgian club Anderlecht before making the deal permanent later on.

The Ghana international played a huge role, scoring 17 goals in 26 appearances in all competition as Teda escaped relegation on the final day of the season in his first season.