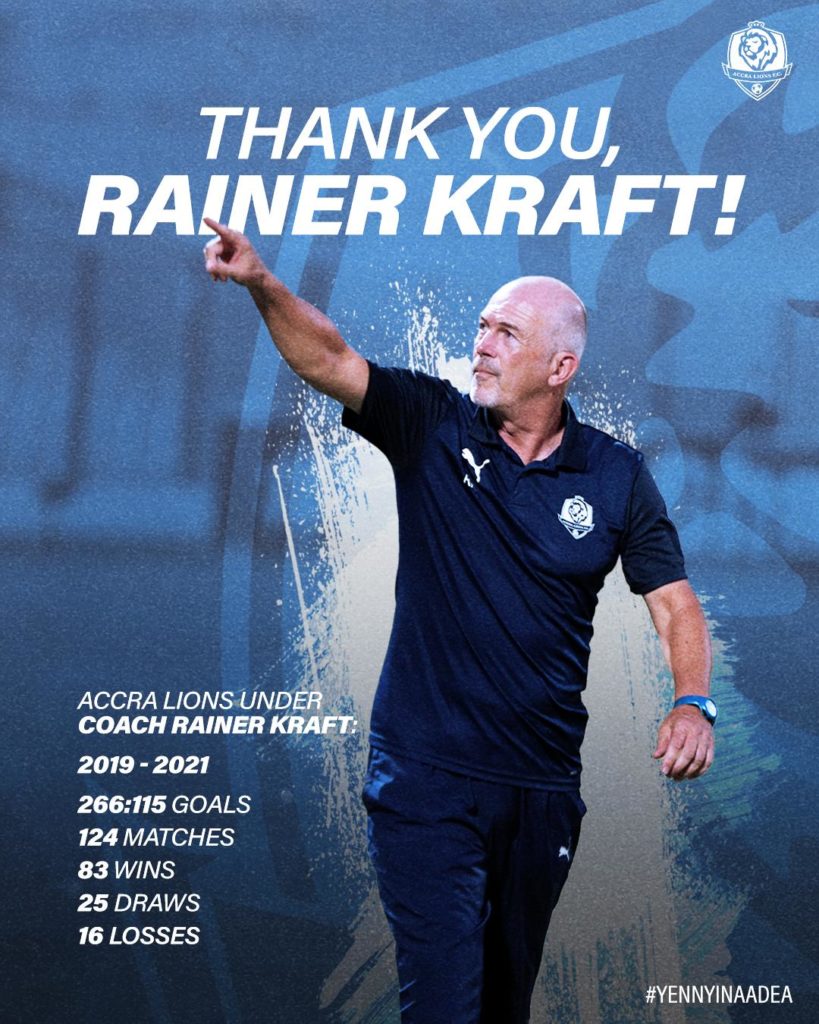 The 59-year-old left his position on Wednesday to return to Germany for personal reasons.

Despite his departure, the German coach will continue to assist the Ghana Premier League club as a consultant after supervising their promotion to the top-flight for the first time in their history.

Kraft leaves the club even though he has guided them in the 11th position in the league after six matches.

The club announced the coach's decision to return home on Wednesday and praised him for the impact he made at after two seasons with the Abokobi-based club.

"Rainer Kraft had a very successful spell in his two years as Head Coach of Accra Lions Football Club that was crowned with winning the Division One Championship and gaining the Ghana Premier League promotion this year," Nana Obiri Yeboah, CEO of Accra Lions said.

"We are very grateful for everything he has done to develop our club forward and wish him well for the future."

Kraft was hugely successful in his spell at the Abokobi-based team after supervising 124 matches resulting in 83 victories, drawing 25 games while suffering 16 defeats.

He is credited from honing the talent of some of the young players at club who have played some beautiful football since the start of the season in the Ghana Premier League.

Kraft was in charge when he helped the club to win the tough Zone Three of the Division One Championship that secured their promotion to the top-flight last season.

Assistant Coach James Francis will take over as Caretaker Coach with immediate effect.