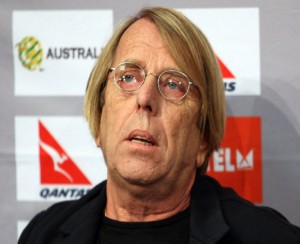 Ghana's group opponents DR Congo are in disarray just two days before they face the Black Stars at the 2013 Africa Cup of Nations as their coach Claude Le Roy has resigned, GHANAsoccernet.com can confirm.

The Frenchman slapped in his resignation letter on Thursday night citing his side's bad organisation for his decision to quit the side.

His resignation comes just two days before they play the Black Stars in their opening Group B game at the tournament in South Africa.

This could have a damaging effect on the Leopards preparation to face the Black Stars but could also spur the players to play their hearts out when they face Ghana on Sunday in Port Elizabeth.

Insiders in the Congolese camp told MTNFootball.com that LeRoy was angry with the federation over the bonuses of the players which has affected morale in camp.

The development leaves the Leopards in turmoil just two days before they open their Group B campaign against Ghana in Port Elizabeth.

His decision to quit the side has the full support of all the players in the team, according to a report carried on Nyota TV.

The coach was already gravely unhappy as he had to spend time chasing visas for his players and other duties which he has been forced to perform.

But the uncertainty surrounding the team's bonuses for the Africa Cup of Nations forced the Frenchman to handover his resignation letter to Theo Binamungu, the federation's member in charge of the national team in Port Elizabeth where the Leopards are based.

LeRoy resigned along with his assistantÂ  Sebastian Migne in his letter addressed to DR Congo head of state President Joseph Kabila.

The news has also has corrobated by the official website of TP Mazembe who have several players in the DR Congo squad for the tournament.

It is not certain if the Frenchman has left the team's camp in Port Elizabeth.

The 64-year-old Le Roy was in his second spell in charge of the Leopards.

LeRoy coached DR Congo to the 2006 Nations Cup but then decided against renewing his contact in April that year.

The Leopards are a traditional powerhouse of African football, having won the Africa Cup of Nations in 1968 and 1974

DR Congo are in Group B along with Ghana, Mali and Niger and, under Le Roy, who won the Nations Cup with Cameroon in 1988 and led Ghana to third place in 2008.

Experts of report from MTNFootball.com