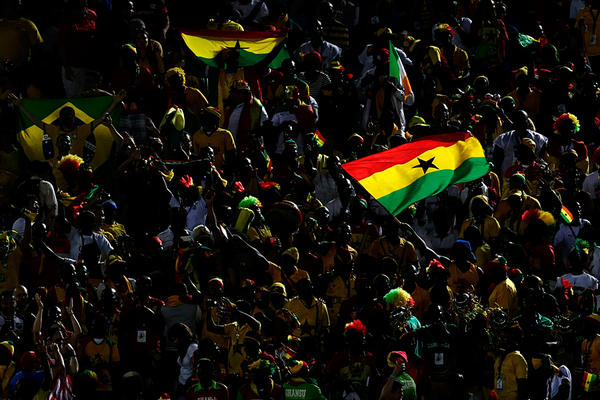 Ghana will bid to host the 2017 Africa Cup of Nations following the decision by Libya to withdraw from staging Africa's flagship football event, the countryâ€™s sports minister Mahama Ayariga has announced.Â

Ghana's chance to host the 2017 Africa Cup of Nations came up after Libya withdrew from hosting the event on Friday owing to the civil strife in the north African country.

Kenya and Ethiopia have also expressed the interest in hosting the event which means the West African country has a fight on its hands.

Countries have up to September 30 to submit their official bids and the Ghana government is ready to slap in its bid before the deadline.

"I am happy to announce that Ghana will bid to host the 2017 African Cup of Nations," Ayariga tweeted on Tuesday after consultation with government and the Ghana Football Association.

Ethiopia, who hosted the tournament in 1962, 1968 and 1976, say they will submit their proposal immediately.

Ethiopia Football Federation president Junedin Basha said: "We already have two ready venues, the Addis Ababa and the Bahir Dar stadiums, and the construction of the other venues has also reached to a good level.

Kenya said in a statement that they are also considering a joint bid with Tanzania or Uganda or Rwanda.

With four stadiums already in place to be able to host the matches in Africaâ€™s flagship competition, Ghana could apply to host the event with less money to bring the stadium up to the standard required by CAF.

Ghana will use existing stadiums and wonâ€™t need to build any new facilities, Minister of Sports Mahama Ayariga said by phone today.

Ghana last held the championship in 2008.

A decision on Libya's replacement will be made in 2015.

Ghana last hosted the event in 2008 and nine years down the line, the West African country already has the facilities in place to be able to comfortably host the rest of Africa.

Libya, the oil-rich country, has been hit with civil unrest since the overthrow and assassination of Muammar Al-Gaddafi in 2011.

Libya were originally to host the 2013 Africa Cup of Nations but had to swap with South Africa for the 2017 edition in the hope that all civil unrests would have ceased by the time.

But delay in the construction of new stadiums due to raging civil war has seen the North African country lose its rights all together.

Morocco will host the next edition of the AFCON early next year.

The competition has been shifted to take place biennially in odd years with South Africa being the first hosts of the new regime.