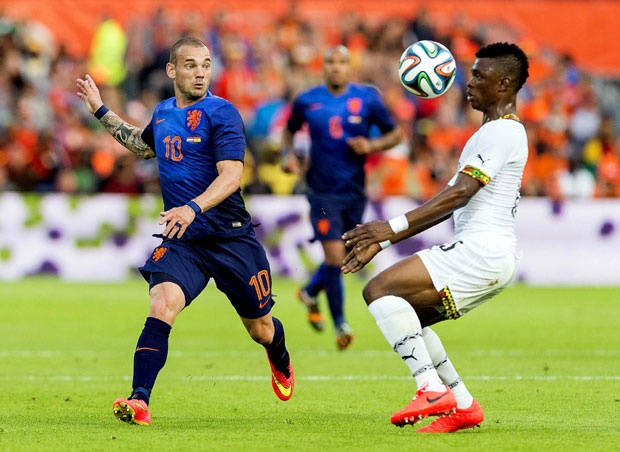 Ghana defender Rashid Sumaila is set to make a big career move as he is on the verge of joining former UEFA Champions League winners Red Star Belgrade of Serbia, Ghanasoccernet.com can exclusively reveal.

The 25-year-old has arrived in Belgrade to complete his most sought-after move as he seals his dream move of playing in Europe, Ghana's leading football news outfit can report.

Sumaila travelled from his Kuwaiti club on Monday night, arriving in the Serbian capital Belgrade on Tuesday morning to hold talks, before sealing the move.

The defender is being chased by the ambitious Serbian side as replacement for his compatriot centre-back Abraham Frimpong who left the club last week to join Hungarian giants Ferencvaros.

The big icing on the cake for the rugged defender is that he will get the chance of playing in the UEFA Champions League if he completes the move this week.

The centre-back will meet with the leaders at the "Marakana" before taking medical examinations and most likely sign a two-year contract.

But the Kuwaiti side Al Qadisiya are reluctant to sell the defender outrighly as they wil be angling for a loan move for the Ghana star.

The Ghanaian will be the first foreign player to be courted by the Serbian giants in this summer transfer window after they closely monitored his performances.

In his desperate quest to play among the best players of the world, Sumaila agreed to break the contract to his own financial disadvantage and move to the Red Star for less the money he had at the Kuwaiti side Al Qadisiya.

He played last season in Qatar with Al Garafa also on loan.

Sumaila went through all the younger selections of Ghana, and in the A team of his country and has played six times.

Watch video highlights of the performance of defender Rashid Sumaila