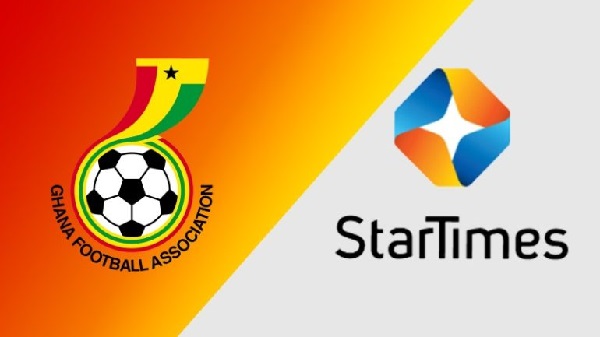 Ghana FA has cancelled the contract with StarTimes

The Ghana FA has abrogated its $17.9m contract with StarTimes after called for bids to takeover the rights bought by the Chinese broadcasting giants three years ago.

The GFA invited media organisations to bid for the television and radio broadcast rights for all the competitions taken up by StarTimes in 2016 worth nearly $18m.

The Chinese pay TV firm signed a groundbreaking deal with the GFA in 2016 to acquire media rights for the Ghana Premier League, the Gala, the National Division One League, the MTN FA Cup, the Ghana Women’s League and the Ghana Juvenile League for the next 10 years.

As part of the deal StarTimes was expected to have constructed ten pitches as stipulated in their contract with the erstwhile GFA administration but issues of land acquisition for the location of the pitches led to delays in the construction.

It is not clear with the current management of the GFA decided to cancel the contract or the deal was abrogated under the Normalisation Committee under the leadership of Dr Kofi Amoah.

The ten-year contract was expected to have expired in 2026 but following the announcement of the call for bids it is clear the GFA has abrogated the contract.

"The Ghana Football Association (GFA) is inviting bids from media organisations for the television broadcast rights for the following competitions," the GFA said in a statement on Thursday.

"Bidders are allowed to bid for all the marketing assets listed above or any combination of the assets. Deadline for the submission of bids is 5pm on Tuesday, December 10, 2019.

"The GFA wishes to inform the general public since coming into office of the new Executive Council, media organisations have submitted proposals to the GFA."

Signs of the deal being on wobbly legs started to show this year when head of Marketing at StarTimes Ghana, Akofia Dzankui  revealed that could not agree a deal with the Normalization Committee for the telecast of the Special Competition hence the decision to hand it to GTV.