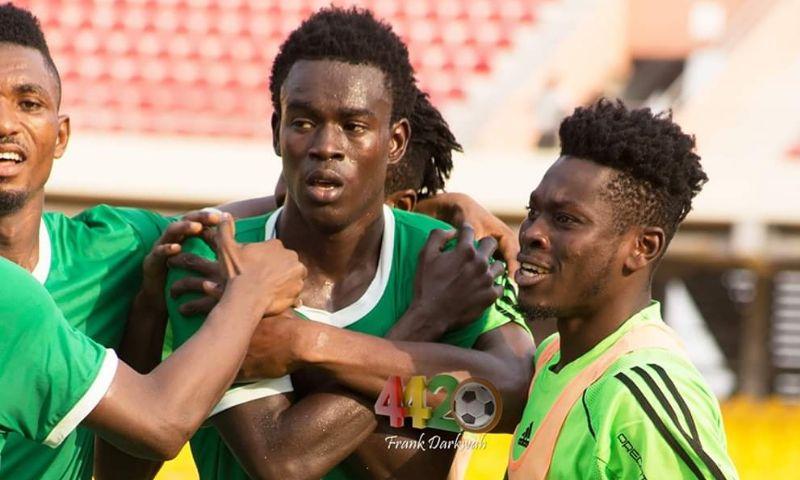 The growing crisis that has crippled the Ghana Football Association has heightened after a whistleblower revealed again on Friday that Elmina Sharks also fielded an unqualified player during a Premier League match against giants Hearts of Oak last month to bring the number of high-profile cases to four so far.

It has been revealed that striker Benjamin Bernard Boateng was ineligible to feature in the side's 1-1 stalemate against the Phobians in Accra.

He was also booked in the side's before 1-0 win over Ebusua Dwarfs in the derby at the Nduom Sports Stadium on Wednesday February 19 which means he was ineligible to feature against Hearts of Oak on match-Day-12.

The striker sat out in their FA Cup win over Swedru All Blacks on February 23 and returned to feature against the capital giants on March 1, 2020.

This brings to four the number of top Premier League clubs who have flouted the new regulation of the Ghana Football Association.

Hearts of Oak, Techiman Eleven Wonders have followed Medeama as clubs to have being caught in the web.

The integrity of the federation is on the line as it is required to implement its whistleblower laws to deduct the six points from the club over a contentious new law.

This is the fourth club to have been revealed to have played an unqualified player after Medeama were docked six points while Hearts of Oak, Wonders are facing the same sanction for the same offence.

By the new regulation of the federation, the GFA is bound by it's own laws to implement the report of a whistleblower which means it must act on the report to deduct Eleven Wonders SIX POINTS for fielding an unqualified player.

This is another massive test case for the Ghana FA after the association docked league leaders Medeama six points for the same offence in a protest filed by Great Olympics.

While Hearts may have not filed a protest against the the Elmina-based side, the Ghana FA is now faced with the difficult decision to knock off points from the Fearsome Sharks side following the revelation by the whistleblower as indicated by it's own law.

It's now emerging several clubs are unaware of the law they claim was 'smuggled' in as the amended regulation was done by the Executive Council, setting the tone for long legal battles to further derail the league that has been halted by CoronaVirus.

The Ghana FA appears to have little choice to act against Elmina Sharks for a similar infraction of the law. Failure to do so will show that favouritism is the order of the day.

The new article appears to be a clear departure and a practice in contradiction to the status quo.