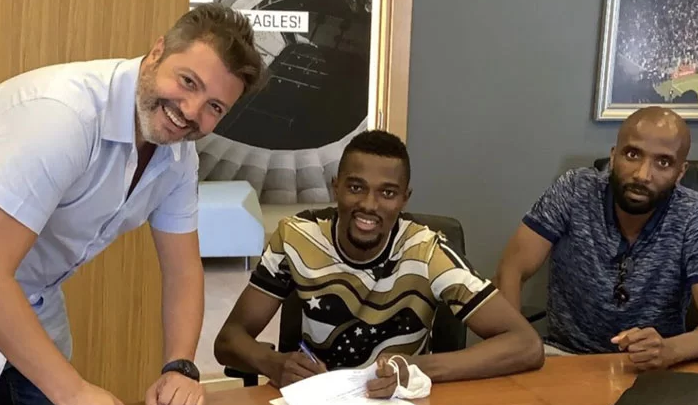 Bernard Mensah signing the contract with Besiktas on Monday afternoon

Ghana midfielder Bernard Mensah has completed his move to Turkish giants Besiktas after signing a contract with the giants on Monday afternoon, Ghanasoccernet.com can reveal.

The 25-year-old signed the contract with the Istanbul based side on Monday afternoon moments after passing the mandatory medical test.

The talented midfielder from rival Super Lig side Kayserispor on a one-season loan contract with Besiktas.

This comes after Ghana's leading soccer news outfit Ghanasoccernet.com revealed on Sunday night that the midfielder had arrived from in Istanbul from Kayseri to seal the move to Besiktas.

Besiktas will pay 500,000 Euros for the loan deal but will pay 4.5 million Euros at the end of the season to grab the Ghana international on a permanent contract.

Before travelling to Istanbul Mensah signed a one year extension to his contract with Kayserispor who now have him under contract until 2022.

Beşiktaş will have the first option to buy Mensah for 4.5 million Euros at the end of the season.

Mensah was on a buyout clause of 2.8million Euros at Kayserispor at the beginning of last season before his latest contract extension scored 5 goals and 8 assists in 26 matches.