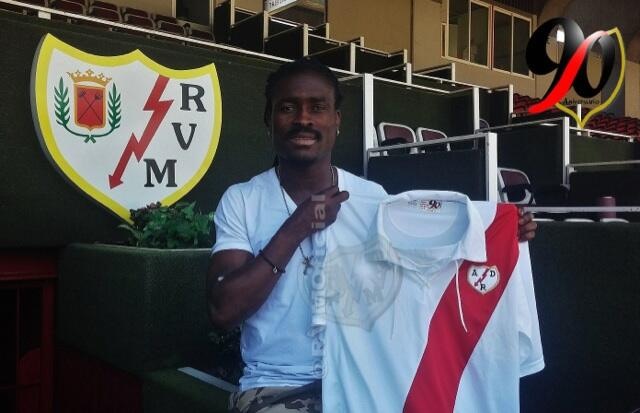 Ghana midfielder Derek Boateng has joined Spanish club Rayo Vallecano to bring to an end his woeful stay in England with Fulham, GHANAsoccernet.com can exclusively reveal.

Details of the deal remain concealed as the Madrid-based club prepare to unveil their new signing at a later date.

Boateng is determined to get his club career back on track following a woeful one-year stay at relegated Fulham where he signed a two-year deal from Ukrainian side FC Dnipro at the beginning of the 2013â€™14 season.

This means the Black Stars midfielder probably cancelled his existing contract with the Cottagers in order to finalize his move to Rayo.

The 31-year-old refuses to give into suggestions he is past his best and would want to prove himself once more again in the Spanish top flight.

Boateng confirmed the move by Tweeting: â€œI just signed a contract withÂ @RVMOficial [Rayo Vallecano]! Thanks to club, my agent and everyone who supported me.â€

The ex AIK and Cologne man has now joined his 10th club since first moving to Europe in 1999.

He will be the second Ghanaian to play for Rayo - following the exploits of Mohammed Abu in the 2012/13 season.

Boateng made just three appearances for Fulham in the just ended season which ultimately cost him a place in the Ghana squad for the 2014 World Cup.

The talented midfielder was part of the Black Stars squad for their previous two World Cup appearances in Germany and South African in 2006 and 2010 respectively.