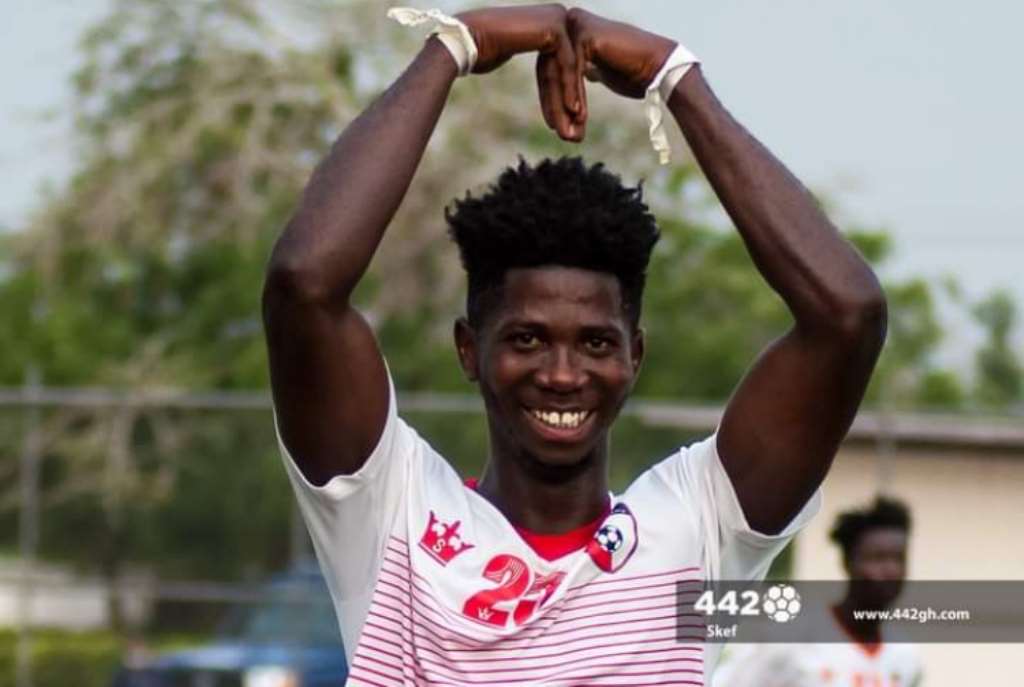 In a sensational twist to a protracted transfer saga, Ghana's towering defender Konadu Yiadom has rejected the chance to sign for Hearts of Oak, with the centre-back set to join sworn rivals Asante Kotoko after the Accra-based giants consistently dithered, GHANAsoccernet.com can exclusively reveal.

Fed-up manager of the in-demand player has decided to ditch their initial agreement with Hearts to give the talented player to their arch-rivals Kotoko who are pressing very hard to capture the player.

The agents of the player are disappointed over the back and forth with Hearts officials who have been unable to come up with a market rate offer the player as the Phobians are offering some of the lowest deals on the market.

Even offers from newly promoted sides have proven far better than what Hearts are offering but the agent of the player was keen to take the defender to the Accra side as he is a supporter of the club.

But they have been negatively surprised by the amoutn being offered as his monthly salary as well as the winning bonus which is pegged at a paltry 250 Cedis while other clubs like Aduana Stars and Kotoko are offering three time more.

Hearts' refusal to pay sign-on fees for players has also proven to be a prohibitive factor which led to Monday afternoon's decision to break talks with the Phobians to sign for Kotoko.

Despite talks over the last four months, Hearts have not been able to meet the player's personal terms - leading to the decision by his agents to give him to Kotoko.

The Phobians poor bonus structure appears to have scuttled the deal after the player's representative rejected the club's salary and bonus structure for the defender, GHANAsoccernet.com Headquarters understands.

There have been back and forth on a protracted deal for the Black Galaxies defender over the past months - with both parties finding no end in sight in reaching an agreement.

Ghana's leading football website, GHANAsoccernet.com can report that Yiadom's much-publicized move to Hearts of Oak is off - with the defender heading to Kumasi after his representatives reached an agreement with the  Ghana Premier League champions.

Kotoko are willing to break the bank to sign the sought-after defender - a clear departure from their rivals, who have been unable to find a middle ground over the player's financial demands.

While many Premier League teams including new boys Nsoatreman and Samartex FC are paying between GHC500-700 cedis as winning bonuses,  the 2000 African champions are still settling for a paltry GHC250.00.

The Phobians are also reported to be among the low-paying salary teams in the Ghanaian top-flight - a claim GHANAsoccernet.com cannot independently verify.

The defender has swerved the Phobians and heading to Kumasi to strengthen their squad ahead of their Premier League title defence and crucially the 2022-23 CAF Champions League journey.