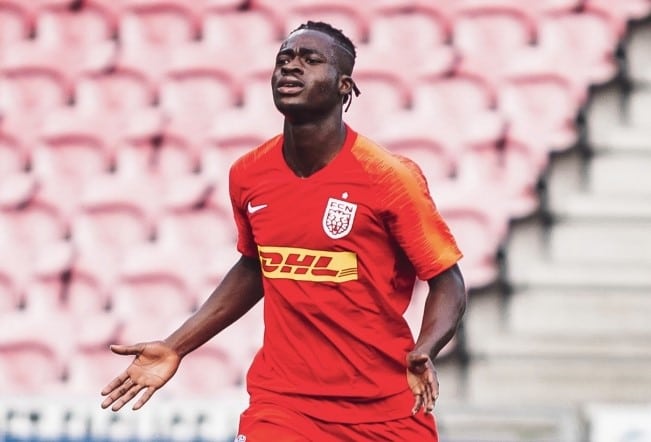 Ghana teenage sensation Kamaldeen Sulemana has passed his medical examination ahead of his move to French Ligue 1 side Stade Rennais, GHANAsoccernet.com can confirm.

The 19-year-old arrived in France last night to seal the move after choosing the Brittany club ahead of Dutch giants Ajax Amsterdam.

Sulemana will a five-year contract for Rennais in a deal worth around 17 million Euros.

The highly-rated forward was outstanding for FC Nordsjaelland in the Danish Superliga last season where he scored 10 goals and provided 8 assists.

Sulemana was being monitored by English giants Manchester United and Liverpool FC but France is his new home.

The Right to Dream Academy graduate will become Africa's most expensive teenager after completing the transfer on Friday night.