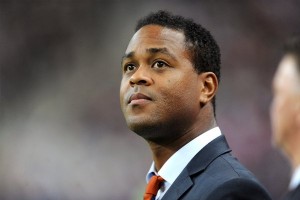 According to a statement of the GFA's official website, two coaches were placed on the stand-by list for shortlisted coaches and they areÂ Bernd Schuster and Ricardo Gareca.

The five coaches will be interviewed before a decision is taken on who becomes the new Black Stars coach following the departure of Kwesi Appiah.

Appiah had been under pressure since Ghana's turbulent World Cup campaign, where they failed to win a single match against a backdrop of off-field issues.

A draw at home to Uganda in their opening Group E match in the 2015 Nations Cup qualifiers increased the calls for Appiah to move on.

Even a 3-2 win away from home over Togo on Wednesday was not enough to save Appiah's job.

The Black Stars are due to play Guinea on 10 October in Morocco, before hosting the same side five days later as Maxwell Konadu has taken temporary charge of the team.

The Syli Nationale are having to play their home 2015 Nations Cup qualifiers outside Guinea because of the outbreak of the deadly Ebola virus in the country.

Former Ghana coach Milovan Rajevac was tipped to return for a second stint in charge of the national side in the mediate aftermath of Appiah's departure but he was not included in the list.

Rajevac had originally been lined up to work as a technical advisor alongside Appiah.

During his first stint in charge, Rajevac led Ghana to the runners-up spot at the 2010 Africa Cup of Nations and the quarter-finals of the World Cup a few months later.