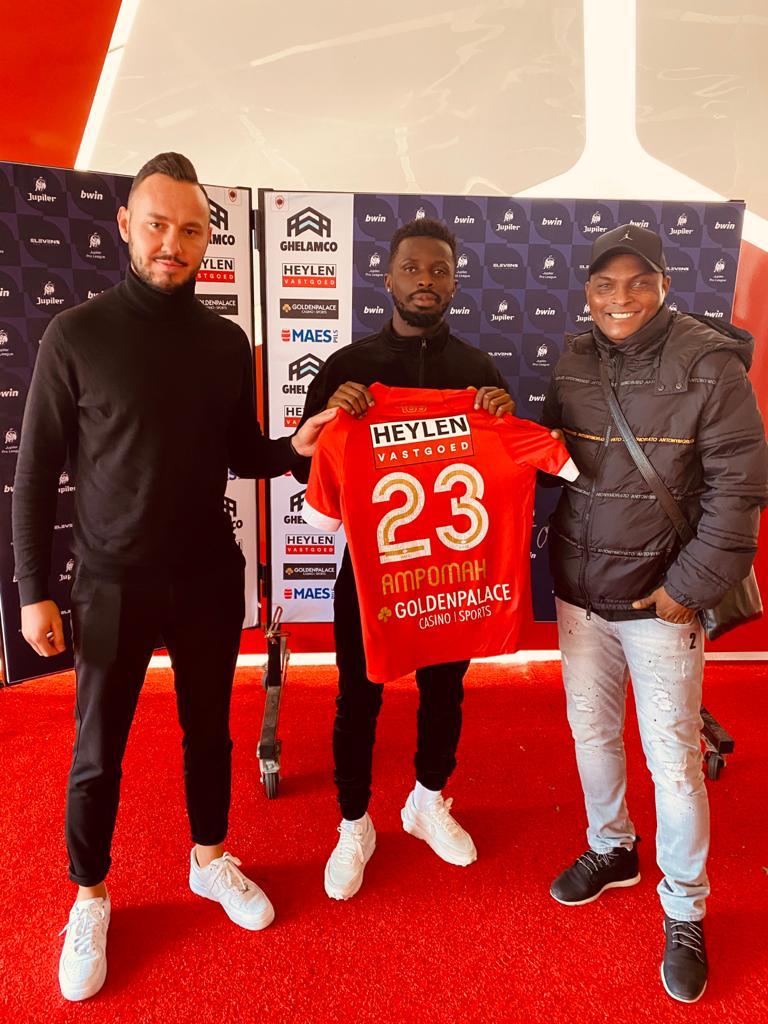 The winger arrived in Belgium on Monday morning from German Bundesliga II outfit Fortuna Dusseldorf to seal the move on transfer deadline day.

Ampomah has been linked with a move away from Dusseldorf following a torrid spell last season, and there were reports he could be joining former side Waasland Beveren,

However, the winger chose Royal Anywerp for top tier football.

GHANASoccernet.com can confirm, Ampomah is joining Antwerp on a season-long loan from German side Fortuna Dusseldorf with an option to buy at the end of the season.

The 24-year-old arrived at the Bosuilstadion on Monday to complete other details of the his move.

Ampomah knows the Belgian league having played for Waasland-Beveren and KV Mechelen since 2016.

With the Waaslanders, Ampomah netted 19 goals and 11 assists in 88 games.