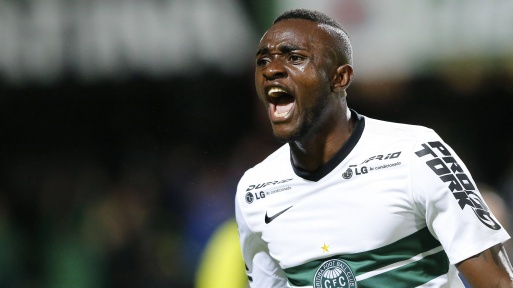 Ghana's group opponents Cameroon will miss the services of striker Diederrick Joel Tagueu for the ongoing 2019 Africa Cup of Nations because of a heart defect.

The 25-year-old has been told by Indomitable Lions medical chief Dr William Ngatchou that he could lose his life if he plays for his country at the tournament in Egypt.

The 25-year-old, who plays for Portuguese side Maritimo, was diagnosed with the heart condition during the team's training tour in Qatar this month.

Further tests in Egypt have confirmed the unexplained heart condition which has led to the decision of the team doctor to call for his exclusion from the squad.

The striker, who is loan to Maritimo from Brazilian club Cruzeiro, will now leave the Cameroon camp in Ismalia and will be replaced in the coming hours.

Cameroon open their campaign against Guinea Bissau in Group F where they will also face Ghana and Benin.