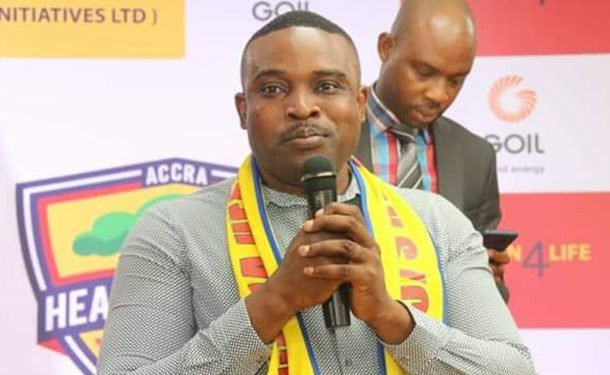 Hearts of Oak supporters leader Elvis Herman Hesse Jr. has resigned from the club's board with immediate effect, GHANAsoccernet.com can report.

Hesse Jr., the chairman of the National Chapters Committee tendered his resignation letter to the club's top hierarchy on Tuesday.

The supporters chief led a demonstration against the Hearts of Oak board last week following the resignations of some technical team members.

Head coach Kosta Papic, assistant coach Asare Bediako and Goalkeepers' coach Ben Owu all bowed out of the club within one week.

Hesse Jr. was put on the board of directors of the Phobians after his election as NCC Chairman in June 2019.