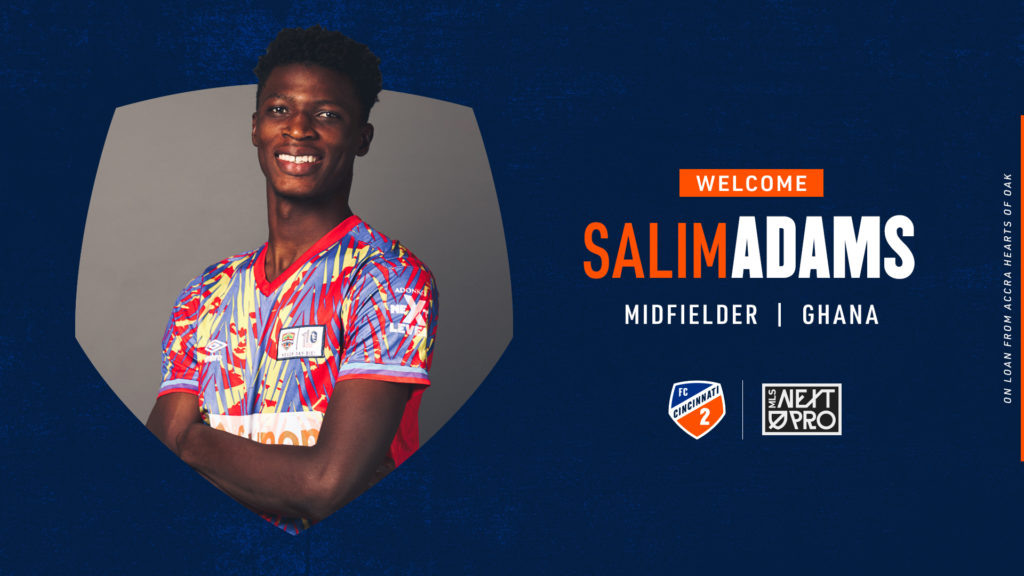 FC Cincinnati have announced the acquisition of young midfielder Salim Adams on a season-long loan from Ghanaian giants Hearts of Oak, GHANAsoccernet.com can report.

Adams will spend the entire 2022 season at the MLS club with an option to purchase pending league and federation approval, in addition to ITC and work authorization.

Adams will immediately join Cincinnati 2 as a part of the relationships forged between FC Cincinnati, TSG Hoffenheim in the German Bundesliga, and the Ghana Premier League champions Hearts of Oak.

Adams is the first player to arrive from the Phobian side as a part of the Common Value Club Alliance.

"He’s a promising midfielder who will be an excellent addition to our group and to the environment we’re trying to create."

The 19-year-old from Ghana has scored three goals in his 23 appearances in defensive midfield for Hearts in the Ghanaian top-flight this season.

He was the man-of-the-match in the 2022 President’s Cup when Hearts beat bitterest rivals Asante Kotoko SC to lift the ceremonial title.

Adams scored on his Hearts debut in the CAF Champions League against Guinean club CI Kamsar with a long distance effort from around the center.

He joined Ghanaian giants at the beginning of the 2021-22 campaign from second-tier side New Edubiase United FC after a stellar spell.