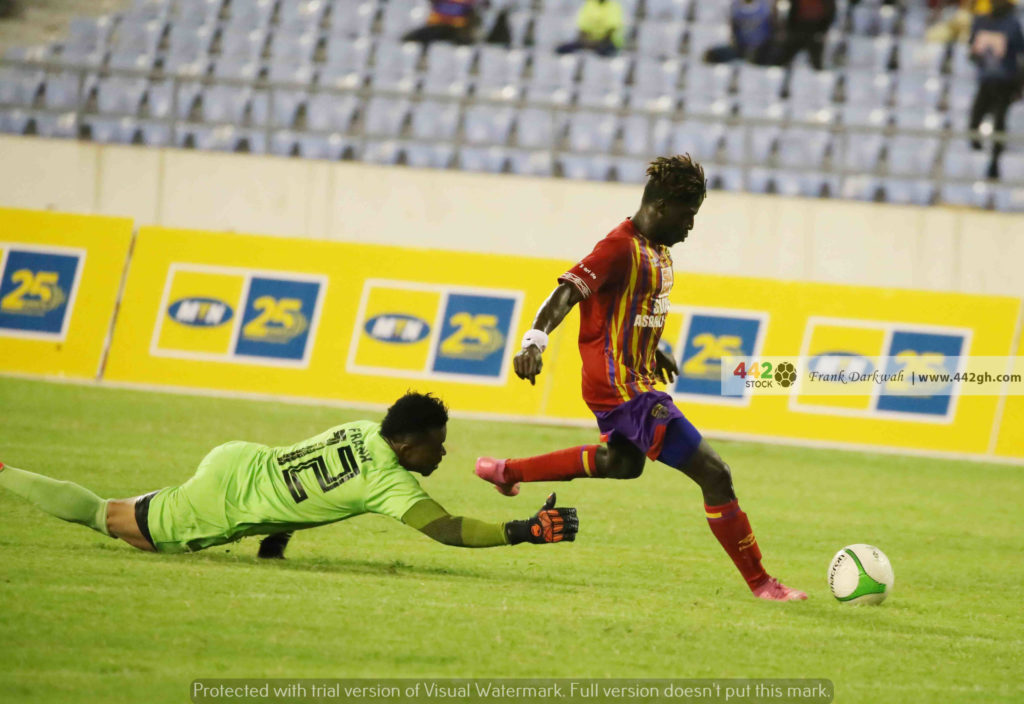 Medeama have terminated the contract of under-fire goalkeeper Frank Boateng after just 10 months at the club with a number of star players expected to follow the exit door, Ghanasoccernet.com can exclusively confirm.

Boateng, who joined the Mauve and Yellows on a free transfer from Ashantigold, has been told his services are no longer needed following his disastrous outing in the semi finals of the FA Cup.

The two-time FA Cup champions are livid with the suspicious performance of the goalkeeper after his costly howlers gifted Hearts a resounding 3-0 win to secure passage to the final.

Ghanasoccernet.com can report that a number of underperforming top stars will be shown the 3 exit door.

Medeama SC endured a s difficult campaign, losing coach Samuel Boadu to newly crowned champions Hearts of Oak and finishing out of the top four in the league.

The Mauve and Yellows who were close to winning the league twice, before it was cancelled due to the Ans Expose and COVID-19, were below the expected level despite the investment in top players.

The Tarkwa based club will undergo serious scrutiny in the coming days with heads expected to roll.