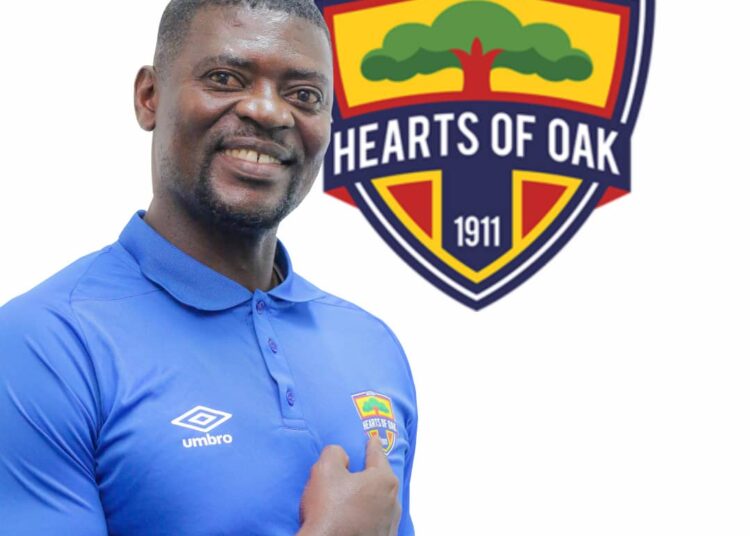 Medeama are planning to report Hearts of Oak to the Ghana Football Association for "tapping-up" their former coach Samuel Boadu in what is expected to be a massive legal showdown in the coming days, GHANAsoccernet.com Headquarters can exclusively report.

The Mauve and Yellows feel the capital giants "induced" their gaffer after he joined the capital-based side, just 7 DAYS after resigning from the club.

The two-time FA Cup holders will lodge an official complaint with the FA over the conduct of the former African champions in the pursuit of their former coach.

Boadu shocked Medeama with a resignation back in February, two months after signing a fresh two-year contract with the Tarkwa-based side.

However, he sensationally joined Hearts after just 7 Days after parting ways with the club - to fuel speculation about a potential tapping-up.

Medeama have reported both Boadu and his assistant Hamza Obeng to the Ghana FA on Wednesday for their unilateral termination of their contracts.

The Tarkwa-based side say the decision by coaches Samuel Boadu and Hamza Obeng are "premature, hasty, arbitrary, unacceptable and above all abuse of office as an employee" and did not find it expedient and prudent to warn or complain to the club before taken the decisions.

The club says the arbitral decisions have caused "irreparable harm" and has   had a negative impact on the overall performance of the team.

Medeama also insist the "damage done physically and psychologically to the club" due to the sudden unplanned departure of the two coaches cannot be explained and are now seeking for a "residual value in damages".

Boadu's assistant  Hamza Obeng also quit his role at the club on March 16 but joined his boss at Hearts of Oak eight days later.

Boadu spent three years at Medeama before being joined by his assistant Hamza Obeng - who spent two years at the club.

Medeama are set for a legal showdown with the two coaches after reporting the duo to the Player Status Committee for breach of contracts.