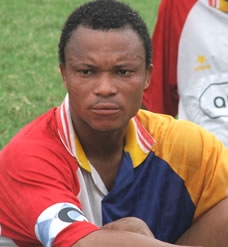 Tudu Mighty Jets were handed a massive boost on Monday when their club president Abu Sondoko was released on bail.

A soft-spoken personality, according to those who know him, was released by the court in an ongoing trial over his alleged involvement in drugs related offences.

Sondoko was arrested by NACOB officials in August when he presented himself to the authorities after he was mentioned in a case.

NACOB officials had visited his house in his absence but when he visited their offices to â€˜clear his nameâ€™ he was seized to assist in investigations.

Sondoko vehemently denied accusations of abetment in drugs trade but was arraigned before the Cocoa Affairs court who has now granted him bail.

His release will come as a boost to his low-budget club who have made a decent start to the league even in his absence.

Jets had already been struggling to compete on the local scene to sign players as they rely on their academy for the supply of players.

The Accra-based side have been boosted by the return of two of their former players Hassan Mohammed and Daniel Coleman who rejoined on free transfer.

They held big-spending Chelsea in their opening match last week before succumbing 2-1 to Hearts of Oak on Sunday.