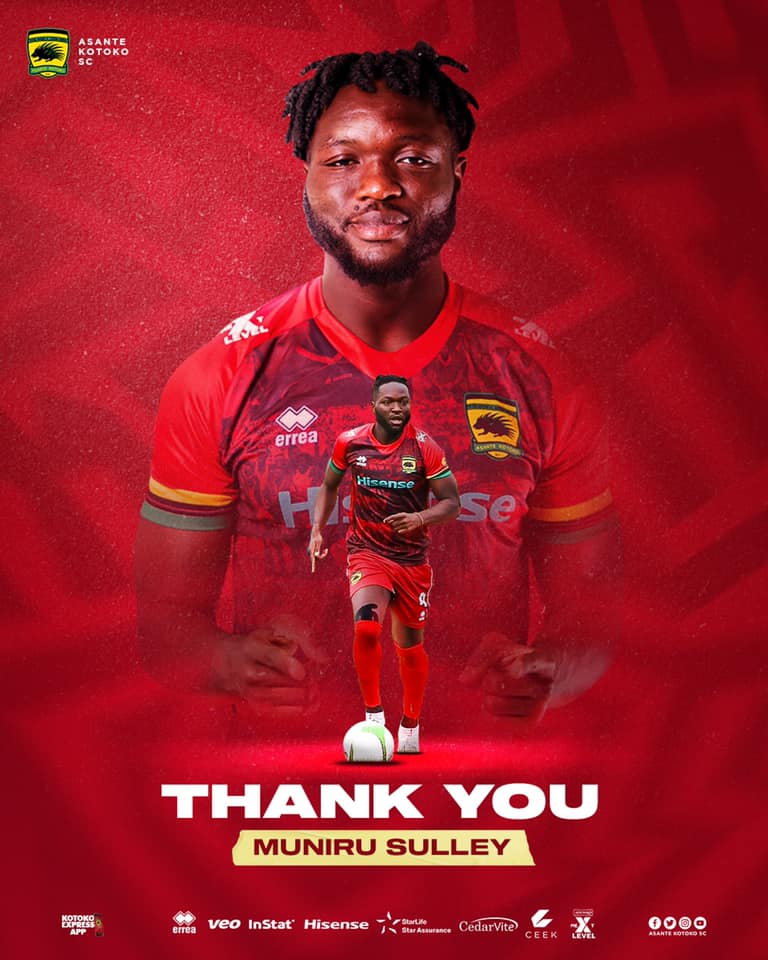 Sulley joined the Porcupine Warriors on a two-year deal as a free agent last year.

The 28-year-old struggled to break into the team’s set-up, playing only four games with all four matches coming as a substitute appearances.

Asante Kotoko on Friday announced that the former Tondela enforcer has severed ties with the club.

The Kumasi-based giants however indicated in their release letter that the player did not receive any pay during his stay with the club. 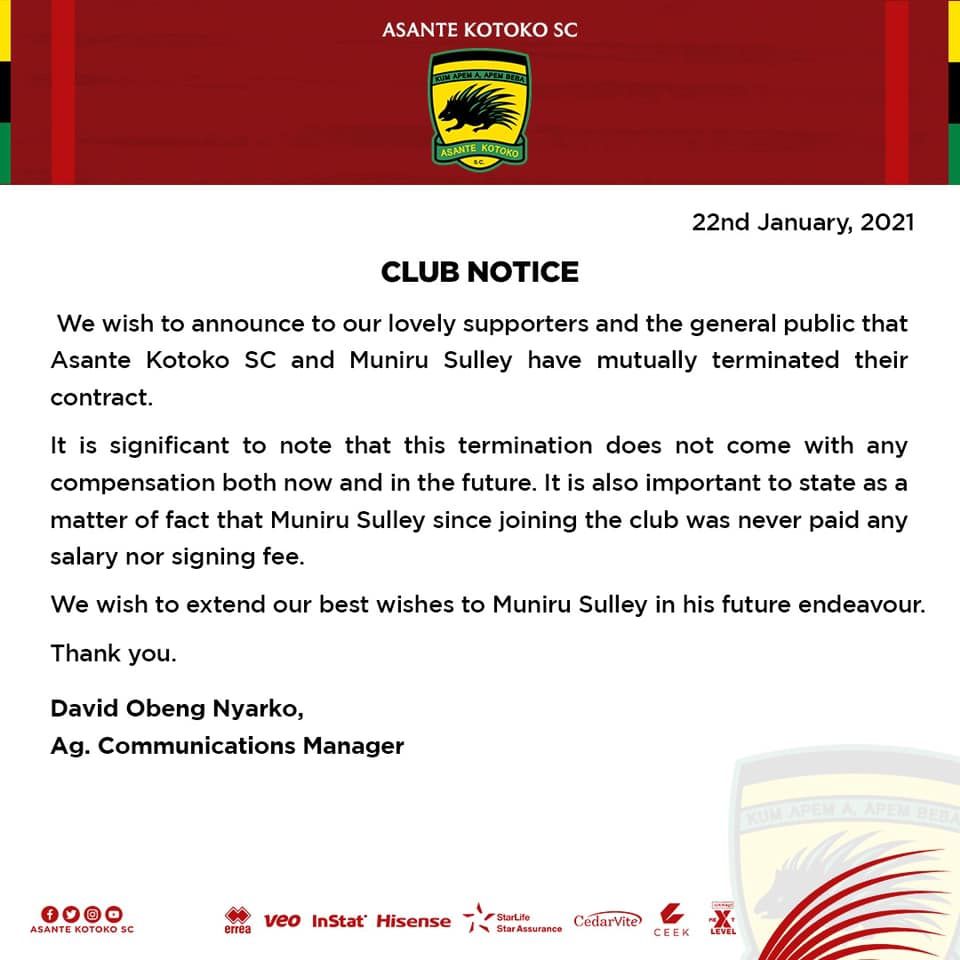 He has featured for five clubs abroad, including Romanian giants Steaua Bucuresti and CFR Cluj.