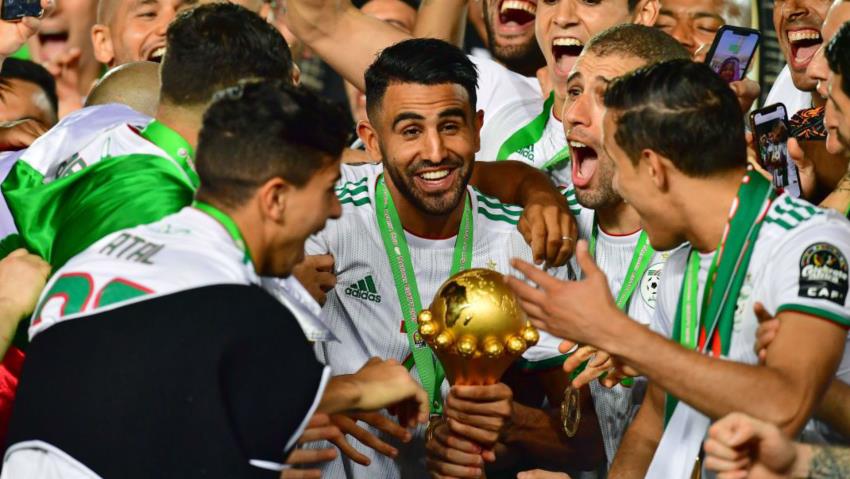 Africa Cup of Nations was won by Algeria in 2019

The Confederation of Africa Football (CAF) has voted unanimously to postpone the 2021 Africa Cup of Nations finals to 2022 because of the calendar disruption brought by the coronavirus pandemic.

The Executive Committee of Africa's governing body voted on Tuesday to play the tournament in Cameroon in 2022 to helped countries complete the qualifiers for the flagship competition.

Africa's flagship football competition will now take place in Cameroon in January 2022 after all members of the Executive Committee voted in favour of the motion.

This means the tournament will be played in the same year as the World Cup in Qatar which will serve as good preparation for African sides playing in the global competition.

The Cup of Nations was originally set for Cameroon from Jan 9-Feb 6 next year but the plans were severely disrupted by the outbreak of the disease that has killed 500, 000 people worldwide.

Qualifiers are still far from complete and national team football on the continent is not due to resume before October in the wake of the novel coronavirus outbreak.

There are still four rounds of qualifiers to play which means CAF must adjust their calendar given the days lost in the qualifiers because of the break brought about by the pandemic.

FIFA’s decision last week to cancel September’s window for national team matches in all regions, except Europe and South America, left CAF with fewer dates to try and complete the competition’s qualifying campaign before the year of the year to finalise the field for the 24-team tournament.

They qualifiers could now be scheduled for October and November and that would mean having to postpone the start of the group phase of 2022 World Cup qualifiers.