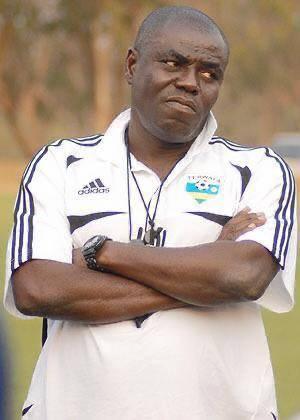 Sellas Tetteh has left his post as head coach of the Sierra Leone national team with immediate effect, GHANAsoccernet.com can confirm.

The Ghanaian trainer tendered in his resignation to the Sierra Leone Football Association President on Thursday and it has been accepted by the Executive Committee.

The former Rwanda boss cited personal reasons as to why he is quitting the job.

Tetteh, who guided Ghana to win the 2009 FIFA U20 World Cup in Egypt joined the Leone Stars for a second stint in August 2019.

The former Ghana assistant coach managed only one win in four games he was in charge in the 2022 World Cup qualifiers and the 2021 Africa Cup of Nations qualifications, he lost twice and drew the other.

The former Liberty Professionals gaffer has also handled the Ghana U17 and U23 national teams and acted as a stop gap coach of the Black Stars in 2008.