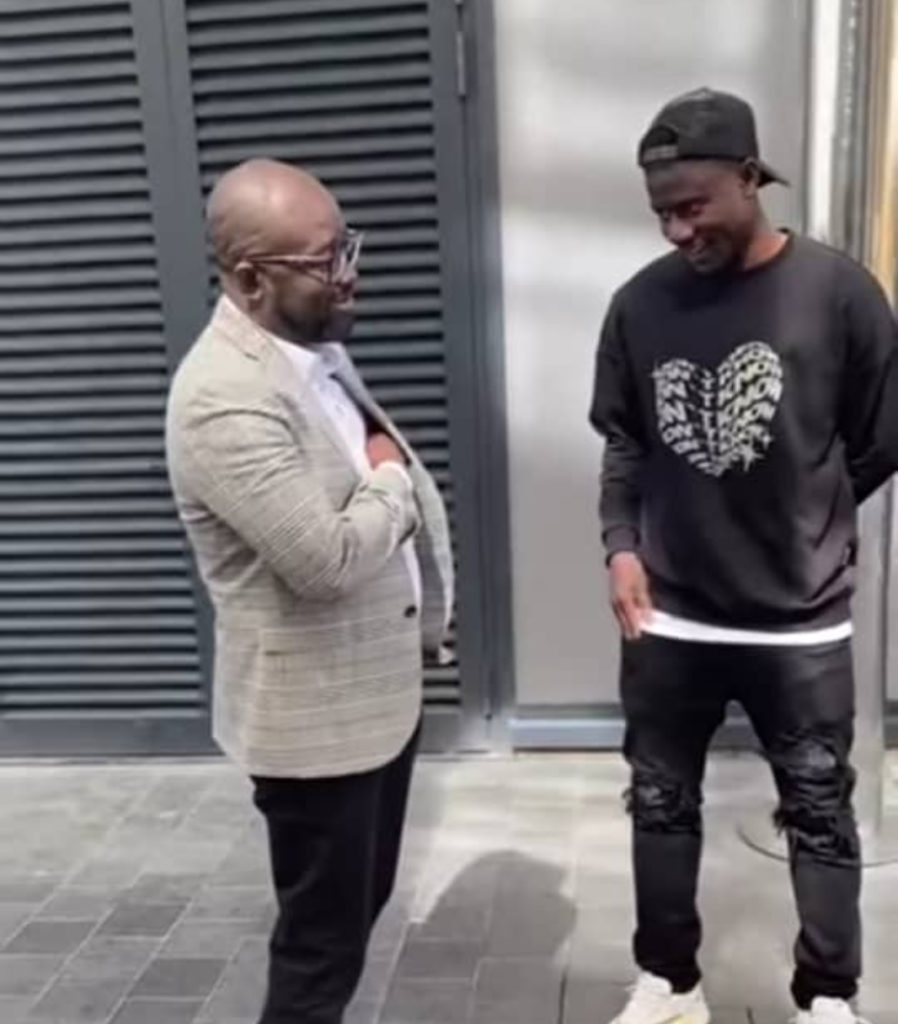 In a massive 2022 World Cup boost, Southampton star defender Mohammed Salisu has hinted that he set to play for Ghana national team in the coming months after a highly fruitful and friendly meeting the federation President Kurt Okraku.

Okraku was on a working visit in Europe two weeks ago and managed to travel to Southampton to meet the highly talented defender.

Several attempts by various federation officials to get the utility defender in the past proved futile but Okraku seems to have pulled the magic.

The GFA President, using his Hausa oratory skills, managed to get Salisu to state the likely date he would play for Ghana.

During the meeting, Salisu made clear of his desire to play for Ghana but Okraku jokingly pressed him in the Hausa language to name the date which forced the confession from the player.

From the conversation in Hausa, Salisu pleaded with Okraku for patience to settle in England first before playing for the Black Stars but the GFA boss jokingly pressed him saying" are you trying to rap me?.

"If you don't play football, I'm I the one who is going to play?," the FA Capo quizzed the Southampton star.

Salisu replied: "The problem is we do everything with you guys, and if we don't include you it won't work so I hope you understand. There are a lot of players."

Kurt Okraku laughed knowing the defender was trying to buy time for himself even though he has interest in playing for the national team.

It is likely Mohammed Salisu will be available for the 2023 Africa Cup of Nations qualifiers as well as the FIFA World Cup later this year.

"Took time off official duties to speak and to visit some Ghanaian players in the last few days.. Salisu, I pray the almighty Allah continue to protect you ..You have a big career ahead of you..Stay blessed," Mr Okraku wrote on Facebook.

The 22-year-old has been in phenomenal form for the Saints in the ongoing season, stepping up to replace Janick Vestegard who left to join Leicester City last summer.

Mohammed Salisu leads the table for the most interceptions in the English Premier League, having excelled in games against Manchester United and Manchester City.

The former Real Valladolid star has made 31 appearances in the English Premier League and two in the EFL Cup, where he scored against Sheffield United, his first and only goal for the club.

He joined the St Mary's outfit in the summer of 2020 from Spanish outfit Real Valladolid.