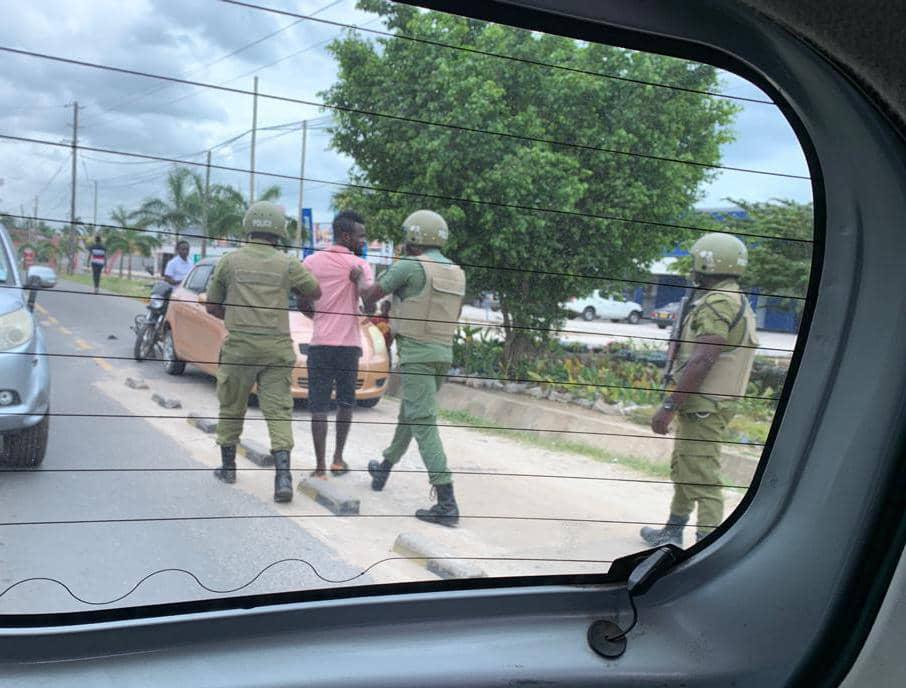 Bernard Morrison being whisked away by police in Dar Es Salam

The Ghanaian player found himself under arrest after obstructing police officers from inspecting his car, according to RPC Bukombe from Kinondoni.

The ex-AS Vita club forward is now said to have been released on bail.

Morrison, 27, could face misdemeanor charges of resisting arrest, obstructing official business and disorderly conduct, it has been claimed in the East African nation.

The former Orlando Pirates striker has been in the news for all the wrong reasons after he stormed off the pitch and walked straight into the dressing room after his substitution in the derby defeat to sworn rivals Simba SC two weeks ago.

The Ghanaian, who has been unhappy since football returned amid the coronavirus shutdown is angling for a move away from Yanga.

He dramatically announced contract expiration with the Tanzanian giants despite signing a two-year extension.

The former Ashantigold forward is not new controversy after he suffered salary deduction for flouting the club's directive last month.

The latest off-the-field incident could be the last straw for the talented forward, whose future now appears untenable.