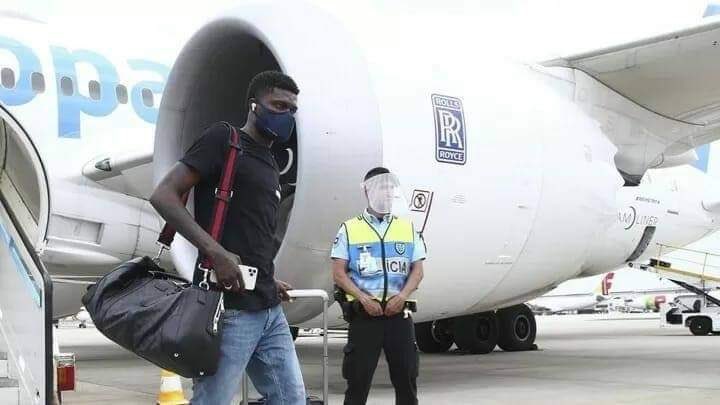 Ghana midfielder Thomas Partey has arrived in London to complete his move to Arsenal after the English Premier League paid a whopping £45million to clinch the Ghana midfielder from Atletico Madrid, Ghanasoccernet.com can exclusively reveal.

Partey arrived in London in the final hours of the day to complete his transfer just in time before the transfer window shuts.

Ghanasoccernet.com sources close to the agents on the deal say he is currently undergoing a second part of his mandatory medical in Colney before he signs.

This comes after the Ghana star underwent an earlier medical in the Spanish capital on Monday afternoon before flying out on the private jet to London to seal the deal.

The Ghanaian is expected to sign a four-year deal at the Emirates and has been a top target for Michael Arteta.

Up until this morning, Atletico had been adamant that the Ghanaian was staying but all that has changed since Arsenal informed them that they would meet his release clause.

His current contract was due to run out in 2023 with the Spanish club hopeful that they could get him to extend it.