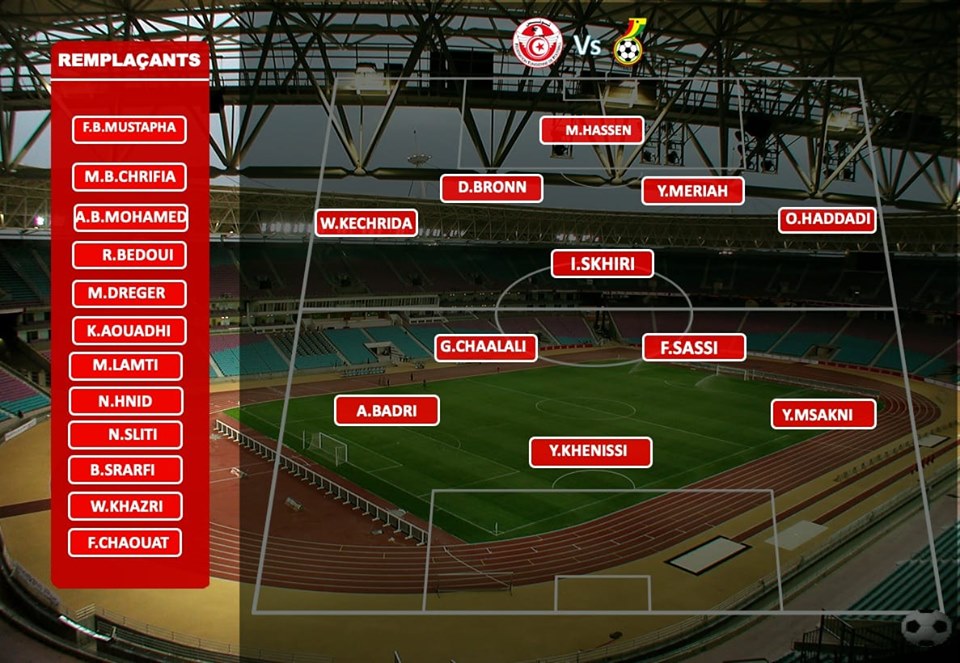 Tunisia have named Ferjani Sassi for his first match at the 2019 Africa Cup of Nations as the Zamalek striker is in a strong starting line-up to face Ghana on Monday night.

French coach Alain Giresse named the talented attaker in midfield as they try to pile pressure on the Black Stars in the Round of 16 clash to be played in Ismailia.

Sassi will to try to break down the strong defence of the Black Stars along with Ghailane Chaalali and Ellyes Skhiri.

Experienced striker Youssef Msakni will lead the attack from the left with Anice Badri attacking from the right while Taha Yassine Khenissi will be the striker at the top.

Badri is preferred ahead of Sliti who has not been impressive in their opening matches in the tournament in Egypt so far.

The rest of the squad are dominated by players who played in their opening group matches as they could only secure three points to qualify.

This Carthage Eagles squad are seeking to make history as they seek to defeat Ghana for the first time as they have never in the past been able to defeat the Black Stars in their history.

The winner of the Carthage Eagles and Black Stars faces the quarter-final clash against Madagascar for a place in the semi-final.