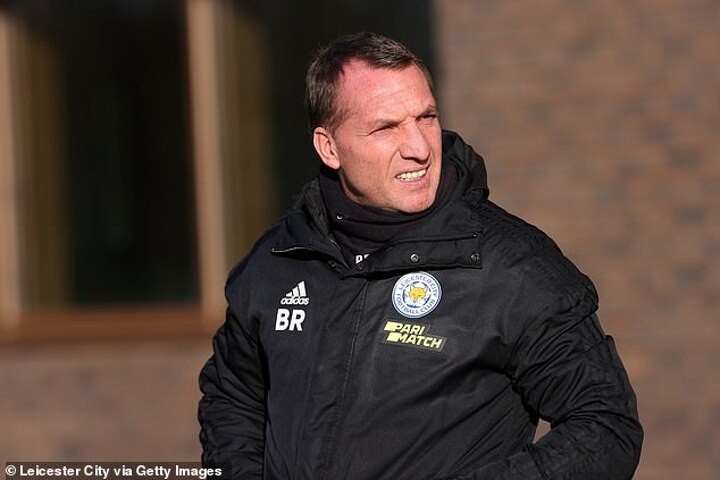 Leicester manager Brendan Rodgers admits his side's defeat at home to Everton was their most disappointing performance of the last three months.

The 2-0 loss on December 16 is their only loss in the last 12 matches in all competitions and even then Rodgers still believes it was a game they should have won.

Rodgers believes his side have good 'energy' and 'momentum' going into their rematch with Everton on Wednesday.

'It's probably the one disappointing game I look back on. We gave away not great goals and we didn't play so well on the night,' he said.

'We conceded two poor goals from our perspective and ended up losing a game there wasn't much in.

'It wasn't a great game of football and the worst we should have done was take a point.

'We arrive in this game in a totally different moment. The energy is good, momentum is good, we're playing how we want to and hopefully we can put in a much better performance.'

Rodgers' team will arrive at Goodison Park in better form than last month, having not lost in eight matches.

Confidence is high among the likes of James Maddison, who has scored in each of his last four games, and the Foxes boss expects those in-form players to play a bigger role in all areas on the pitch by leading by example.

'I've tried to promote that here. You encourage them to take that. I've been happy with the leadership qualities they are showing,' he said.

'Youri (Tielemans) understands what I want and plays with a real authority. James Maddison is doing the same. We've tried to promote the players having a voice.'

Everton displayed their potential earlier this season when a best start for over a century took them to the top of the Premier League in early October.

A dip in form immediately after that saw them drop down the table but they are still within touching distance of the top four and are only six points behind the Foxes with two games in hand.

Rodgers is aware of the threat Carlo Ancelotti's side can pose.

'They're definitely a team that will challenge. They've had big investment in the team over the last four to five seasons so there is an expectancy to challenge,' he added.

'Carlo is a world-class manager and he has big experience and he will look among his staff to maximise what they can get out of their outstanding players so I'd be expecting them to challenge.'